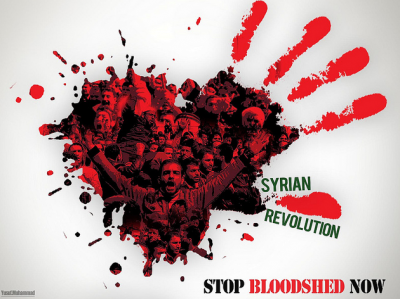 Syrian security forces killed at least 25 people Monday when they attacked the opposition stronghold of Homs, while activists accused the government of intensifying its persecution of doctors who treat wounded protesters.

Army deserters helping local inhabitants defend their neighborhoods are said to have killed five government troops in the clashes. Battles between soldiers and defectors have been increasing in the province, as authorities press a harsh crackdown on political opposition to Mr. Assad.

In Switzerland Monday, United Nations chief Ban Ki-moon urged the Syrian president to end the killing of civilians and accept an international inquiry into allegations of human rights abuses. The U.N. says more than 3,000 people have been killed in Syria since anti-government protests began seven months ago.

The Local Coordination Committees, a major Syrian activist network that helps organize the protests, said it has documented the arrests of 25 doctors from private clinics and hospitals in the past few weeks.

The group said 250 doctors and pharmacists have been detained since the uprising began.

The Arab League said Sunday it would bring together Syria’s government and opposition groups in an attempt to end the violence. The league’s secretary-general, Nabil Elaraby, said the group plans to start the dialogue within 15 days.

Some league members sought to suspend Syria’s membership in the pan-Arab organization, but deep divisions among the group’s 22 members prevented passage of the proposal.

In Syria Sunday, activists said security forces in the east opened fire on mourners as about 7,000 people attending the funeral of a slain activist with the Syrian Observatory for Human Rights. They also said government forces continued arrests near the capital, Damascus.

Syrian authorities have blamed much of the country’s violence on gunmen or what they call terrorist groups.