During an exclusive interview with NOW Lebanon on the day the Lebanese Supreme Court heard the plaintiffs in the case of the disappearance of Imam Moussa Sadr in open court for the first time, Chibli Mallat—the lawyer representing the families of Imam Moussa Sadr, Sheikh Muhammad Yaqub and Journalist Abbas Badreddin, who disappeared in Libya in 1978—said that new evidence showed Italy had been complicit in masking the role that embattled Libyan leader Moammar Qaddafi had in the incident.

After the sudden fall of the Qaddafi regime in August, the case of Sadr’s disappearance resurfaced, with a number of loyalists hopeful that the decades-old mystery would be solved.

Many have put forth theories that the Shia leader was executed under Qaddafi’s orders, while others have refused to believe he is dead, clinging to the thought that he is still imprisoned somewhere in the North African country. “The families are adamant about their absolute priority being the release of Sadr and his two companions,” said Mallat, “and we will do all we can to ensure that this priority guides our efforts.”

“An important development is that one of the people indicted in the case just said he gave an false initial testimony in the investigation conducted by Italy,” Mallat added, stressing that there was an agreement between Libyan and Italian authorities to cover up their roles in the disappearance. 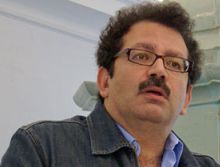 According to the lawyer, who is a visiting professor at Harvard Law School, a number of individuals, who no longer feel threatened by the toppled Libyan leader, are confessing to having given false testimonies. This is the case of Abd al-Rahman Ghawila, a Libyan passport official at the time of the disappearance, who spoke out during an interview with Al Jazeera Arabic on Thursday. Ghawila confessed to having been forced by Qaddafi and a number of Libyan security officials to lie.

Following the immediate disappearance of Sadr, Qaddafi claimed that the Shia leader had left Libya for Rome. But Ghawila admitted that he had neither stamped Sadr’s passport nor had he seen him at the airport, as he had testified during the Italian investigation over 20 years ago, Mallat said.

“Three years ago, the Italians re-opened the investigation at the request of Qaddafi and they came to the conclusion that the Imam had actually arrived in Italy. We now know that this had come as an arrangement between the Italian and Libyan authorities,” Mallat said. “This adds an important dimension that needs to be advanced, and that we will advance, namely the responsibility of the Italian government, and particularly [President Silvio] Berlusconi and intelligence offices in DIGOS, in creating false testimonies and using them at the request of Qaddafi.”

“It does not say much about the moral standards of the judge who decided the case,” he added, “although it is clear from her decision that she was mixed up in her conclusion.” 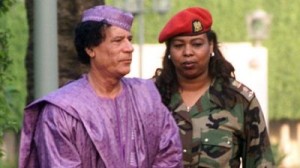 “If there were any doubts left, the [abovementioned development] shows how much the false testimonies have been used by Qaddafi to make him seem innocent.”

“Our request of course has been the continued and enhanced developments of the investigation in Libya now that the dictator is out of power, and the full trial, now in absentia, of Qaddafi and a number of people who collaborated with him to mask the situation,” stressed the lawyer. “We will also collaborate with the International Criminal Court.”

“On all these fronts, the priority in all our actions is the release of the Imam and his companions, and the truth about a crime that has remained unpunished,” he concluded.

The Lebanese Supreme court has set the sentencing for November 18. Now Lebanon