by Ghassan Karam
2334
By Ghassan Karam When viewed through the prism of citizenship; and that is the only view that counts; then no country has any minorities.
Share: 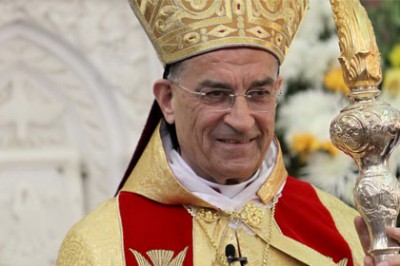 When viewed through the prism of citizenship; and that is the only view that counts; then no country has any minorities. All citizens irrespective of their gender, race, physical attributes, educational skills, sexual preferences of religious persuasion are treated equally. In the eyes of the law of the land they are to have equal rights and equal protection. The state is not allowed to differentiate between any of its citizens as long as they are law abiding.

In a modern democratic state, as the one described above, the fears expressed by minorities are unfounded. Actually when a religious leader such as the Maronite Patriarch Rai express concern about the destiny of minorities then that flawed sense of identity is a reflection of his narrow vision of what a sense of citizenship entails. Citizens of a nation cannot be minorities in their own countries whereby the constitution does not discriminate between its residents. Yes inhabitants can always be classified by a myriad of characteristics that will result inevitably with a minority and a majority. But such distinctions are meaningless in determining qualifications for a political office or the ability to perform a certain job. If ones girth is not grounds for state discrimination and thus for fear that overweight people will not have access to political posts or financial institutions among other things then why should the issue of prayer or non prayer be any different.

A state is composed of different people who have different beliefs and who belong to different sub categories. That is what natural diversity, a hugely important feature for healthy evolution and growth, is all about. All countries will have conservatives, liberals, progressives, libertarians, highly skilled, rich, poor, Moslems, Christians, atheists… but each member of any of these groups belongs to only one class of citizens. That is why the scare mongering about minorities and the equally meaningless boast of some that this nation or that one is composed of minorities is based on a flawed logical understanding of muwatiniah. Citizenship has no minorities.

It is especially troubling when such discriminatory language is used by those that are expected to embody the highest of values of ethics and morality. Patriarch Rai, among others, is essentially a preacher and a servant of Jesus Christ the man who had the courage to never waver from his beliefs and who threw the money changers from the temple. He was also the one who said in the Sermon on the Mount “’Blessed are those who hunger and thirst to see right prevail; they shall be satisfied.'” It is with lots of trepidation that an atheist should be reminding the leader of a 1600 year old Catholic Church about the teachings of Jesus Christ whose message was about courage, love and forgiveness, not about political compromise and expediency. It was in the same sermon that Jesus went on to teach the multitude by saying:’ “But if anyone strikes you on the right cheek, turn the other also.” He did not say “If someone strikes you then support their oppression so that you may be protected “.

And finally I will let Billy Graham speak to the Patriarch about what the real historical message of Christianity has been about for over 2000 years: “”Christianity grew because its adherents were not silent. They said, ‘We cannot but speak the things we have seen and heard.’ … They stormed against the evils of their day until the very foundations of decadent Rome began to crumble.”

I sincerely and humbly think that Patriarch Rai ought to be reminded of the message that his church has stood for all throughout history but above all he must reconsider his stand of offer spiritual solace to those that represent moral decadence in the Middle East, those who have violated every shred of decency for over forty years, those who have used the full power of the military against unarmed civilians, the Ba’ath regime of Syria led by Bashar Assad. Unless Patriarch Rai finds a way to speak truth to power, to speak against dictatorship, oppression and violators of human rights he will have to endure the opprobrium of his stance on the dark side.

The above tale should also serve as a reminder about the dire need for secularism. Individuals should be free to practice their religious beliefs any way they choose but such beliefs must be banished from the public square. Let the Patriarch tend to his spiritual flock and have the Imams and uftiss do likewise to their followers but let civil society be a free place for all citizens to fulfill their earthly dreams and pursue their aspirations unhindered by a religion that is often bestowed upon them by birth.