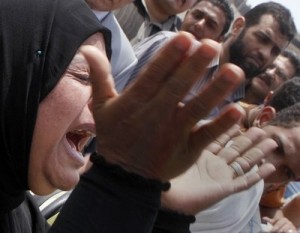 Egyptian security authorities on Monday detained a man suspected of spying for the Lebanese Islamist group Hezbollah after he escaped detention during the January uprising, the official MENA agency said.

Hassan al-Manakhly, one of the 22-member Hezbollah cell, was arrested after making an appearance on a live talk show Sunday night in Cairo, MENA said.

Manakhly had been serving a 10-year jail sentence for spying for Hezbollah and “planning terrorist attacks inside Egypt”.

Egyptian authorities announced on February 3 that the 22 members of the cell had escaped from a prison during the uprising that toppled president Hosni Mubarak a week later.

Hezbollah, which has had strained ties with Egypt for decades, had praised Egyptians on their “historic victory” after Mubarak’s ouster.

The Shiite group — which opposes the 1979 peace treaty between Egypt and Israel — sparked the ire of ousted Egyptian leader Hosni Mubarak in late 2008 by accusing him of complicity with Israel during the Israeli offensive in the Gaza Strip.