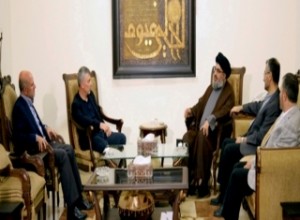 The report added that the participants discussed the latest political developments in Lebanon and the region, and evaluated the cabinet’s recent work, as well as its upcoming one.