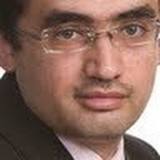 He added during an interview with the Mark :Social media is key to the uprisings in Syria, but activists who use it risk their lives.

THE MARK: In recent news articles, many young Syrian activists are quoted as saying that they are too nervous to use social-media sites like Facebook and Twitter. Can you explain the use of social media in Syria?

RADWAN ZIADEH: If we call the Egyptian revolution “the revolution of Facebook,” we can say that the Syrian revolution is “the revolution of YouTube.” The social-media networks have played crucial roles in showing the world what is going on in Syria. Since Day 1, the Syrian government has banned any media presence and kicked out all the reporters. This is how every Syrian citizen became an activist, and, at the same time, a journalist. This is the perfect model of citizen journalism. It has empowered more young activists, and has made many young leaders interested in journalism. Every day, I receive emails from young activists saying, “Radwan, look at that video on Al Jazeera – I did that!” And then these stories go on to be used in international media.

THE MARK: Do these young activists have reason to fear the government?

ZIADEH: Yes, they have much to fear. This is the reason the government has not completely banned Facebook: It has started intimidating and interfering within Facebook. It hijacks Facebook usernames and sends messages to the opposition figures inside and outside the country.

THE MARK: How does the government get the surveillance technology that is needed to be able to do this?

ZIADEH: Before the uprising started, the government depended on many experts, and all the expertise actually came from the Iranians. Iran has been expert in controlling the internet since the Green Revolution in 2009. Now, Iranians are trying to transfer this expertise to the Syrian government because it is so far away from learning the new technology. This is why the Syrian government needs to get its experts from outside. But a lot of activists have been overcoming obstacles and are much smarter than the government when it comes to using social media, even though there are still risks. The number of YouTube videos that are posted every day gives you a great example of that.

THE MARK: Why is it so risky to use social media to organize demonstrations in Syria, when so much of the revolution in Egypt was organized through Facebook?

ZIADEH: Because the number of Facebook users in Syria is a lot smaller. We only have about half a million users. This number is not significant. But, at the same time, Facebook came to be the main platform by which to pass information and post it online, and the people are following it. I admire everyone protesting against the regime, but, in the case of Syria, demonstrators know that if they are participating in anti-government protests, they are putting their lives at risk, because they can easily be looked up on Facebook.

THE MARK: Have you faced threats from the Syrian government for your Facebook activity?

ZIADEH: Before the uprising, I rarely used my Facebook account. Then, when the uprising started, my number of Facebook friends went from 100 to 5,000. I had to open another Facebook account because Facebook doesn’t allow you to have more than 5,000 friends. Facebook became my main channel for communication with the Syrian people (inside and outside the country) about my plans, or my statements, or my interviews with the media, or my ideas about the revolution or the opposition.

I get threatening messages every day – sometimes using very bad language – but what else can I expect from this kind of regime? Of course, I do get worried sometimes. Last month, I was communicating with two of my friends in Syria who I’ve known for a while. Suddenly, I started receiving threatening messages from their accounts, and I knew it wasn’t them. Eventually, I talked to one of them through Skype, and he told me that his Facebook account had been hijacked by the security. This is the way it is now: People are detained and forced to give their passwords and usernames to the security.

THE MARK: How do you respond when you get these threats?

ZIADEH: I ignore them. You can’t really do anything about it. But you do have to be careful.

THE MARK: What does the security do to intimidate people into giving over their usernames and passwords, and to stop them from using social media to talk about what’s going on?

ZIADEH: Sometimes they cut off the internet, and sometimes they make the internet very slow, which means you can’t upload YouTube videos … just generally making everything very difficult. At the same time, they are forcing some activists to give them their Facebook usernames and passwords by beating them and torturing them. There have also been many stories about people creating fake Facebook accounts for the opposition, as a way to get information and find out who is becoming “friends” with the opposition. This has been the case for many activists, including myself: The Syrian security created a Facebook account saying that they are collecting one million signatures against Radwan Ziadeh. But it’s been a month and only five people have signed it.

THE MARK: What should Canadians and the Canadian government be doing to help?

ZIADEH: I think it’s important to work with the United Nations Security Council to watch the revolution. At the same time, activists need training on how to really secure their Facebook accounts, and how to use the internet and social media to challenge the government. Right now, social media plays a key role in the revolutions in the Arab Spring.