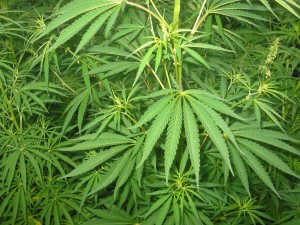 The drug Hashish, which is popular in Lebanon and the Mid East region is prepared from cannabis

The armed individuals launched several rocket grenades and shot at the units destroying a field in the Bekaa town of Ollaq near the city of Baalbeck , NNA reported, adding that nobody was injured in the incident.

“ The perpetrators fled the scene in four cars after the ten-minute firefight.”

Mashmoushi added that the amount of cannabis found in the operation would have been enough to flood the Lebanese market for many years. He also said that the razing operations will continue and assailants “will be brought to justice.”

Earlier in the day, security forces came under fire while razing cannabis fields in the Bekaa Valley town of Boudai.