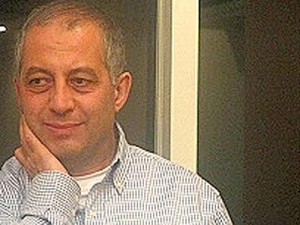 Two years to the day after President Mahmoud Ahmadinejad won a highly disputed election victory amid allegations of fraud, sparking a months-long uprising, small gatherings of possible protesters were easily dispersed in central Tehran on Sunday.

A witness spotted a police van with three young men detained inside on Vali Asr Street. But there were no other signs of protest or slogans chanted. Vast phalanxes of uniformed policemen and plainclothes regime agents as well as soldiers stood guard.

The journalist was arrested numerous times during the reign of the reformist Iranian President Mohammad Khatami. After the disputed 2009 elections, Saber was sentenced to 10 years in prison, the opposition website reported.

Saber went on a hunger strike to protest the death of fellow activist Haleh Sahabi. Sahabi died of a heart attack, allegedly brought on by a clash with anti-riot police during the funeral of her father, Ezatollah Sahabi, prominent opposition figure and leader of a small movement Saber was part of.

According to Mohammad Sharif, Saber’s defense lawyer, Saber had been complaining of chest pains hours before he was taken to the hospital.

“Today at noon his family and I heard the news of the death,” said Sharif, in front of the forensic doctor’s office to receive Saber’s body.

Saber was one of three people who were charged for “measures against the national security,” and “taking part in illegal association to plot against the system,” explained Sharif.