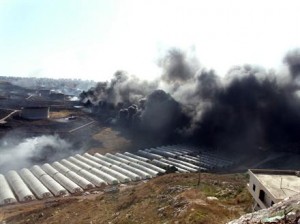 NNA reported that one of the employees at the refinery sustained burns while trying to extinguish the fire when it first erupted.