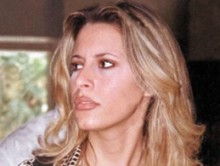 Lawyers for Muammar Qaddafi’s daughter filed suits Tuesday in Paris and Brussels, claiming war crimes by NATO and the alleged assassination in late April of four of the Libyan leader’s relatives.

Attorneys for Aisha al-Qaddafi say the complaint do not name a specific defendant, but center on the recent bombing raids in Libya by the Brussels-based military alliance and France’s role in them.

State prosecutors said officials are assessing whether the case can be admitted, a process that could take weeks.

A NATO-led alliance has launched air strikes on Libya under a U.N. Security Council resolution aimed to protect civilians from Qaddafi’s forces. Tuesday marked the heaviest and most punishing NATO airstrikes yet — with more than 40 daylight attacks.

Dominique Atdjian, one of three French attorneys behind both filings, said the Brussels suit accuses NATO for alleged “war crimes.”

The Paris complaint, he said, asks judicial authorities in France to “find, identify and punish the perpetrators and the accomplices” involved in the April 30 airstrike by the alliance, that authorities in Tripoli say killed Qaddafi’s son Seif al-Arab and three of Qaddafi’s grandchildren. The complaint says that one of the grandchildren killed in the compound was Aisha’s daughter.

There have been conflicting accounts about whether Qaddafi’s relatives even died in the April 30 airstrike.

Libyan officials said Qaddafi was in the compound when that strike occurred but escaped unharmed. NATO has repeatedly said all its targets in Libya are military and that it is not targeting Qaddafi.