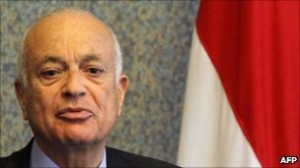 Egypt decided at the last minute to nominate its foreign minister for the top Arab League position. The candidate, Foreign Minister Nabil Elaraby, was quickly elected as the new Arab League chief

The 22-member Arab organization chose Elaraby as secretary-general to replace Amr Moussa, a former Egyptian foreign minister who has said he will run for the office of president in Egypt.