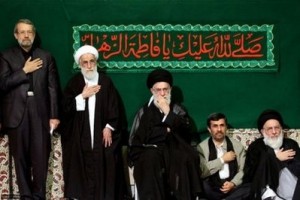 The responsibilities of Mir-Kazemi, as well as Industry and Mines Minister Ali Akbar Mehrabian and Welfare Minister Sadegh Mahsouli, have ended, Ahmadinejad said in separate letters published on the Tehran-based presidency website today.

Iran announced May 9 that the oil ministry will merge into the energy ministry to help reduce the number of departments to 17 from 21 and boost the administration’s efficiency. The Industries and Mines Ministry will be combined with the Commerce Ministry and the Welfare Ministry with the Labor Ministry.