The Higher Islamic Shiite Council’s objected against the closing statement of Christian-Islamic summit that was held at Bkiri on Thursday . 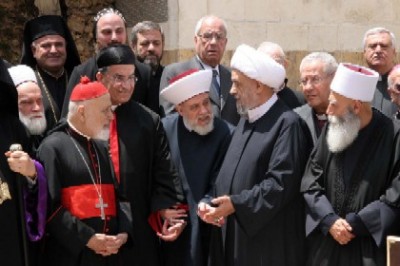 The objection was against articles 6 and 7 of the statement

Article 6 stated :… “the Lebanese state has the right to liberate the occupied territory.”…

The Higher Islamic Shiite Council said the article should have read:

“Lebanon, meaning its people, army, and Resistance, has the right to liberate its land”

According to observers the whole issue is strictly political . The Higher Islamic Shiite Council answers to Hezbollah , which wants to make sure that both articles legitimize its arms .

Article 6 as it stands leaves out Hezbollah’s role in defending the state and article 7 leaves it up to the Palestinians to resolve their conflict with Israel.

Al-Mustaqbal newspaper reported on Friday that the Higher Islamic Shia Council’s statement regarding the Christian-Muslim summit held in Bkirki “does not reflect the atmosphere of the meeting since no one voiced any reservations about the summit’s statement when it was being discussed, ” during the summit