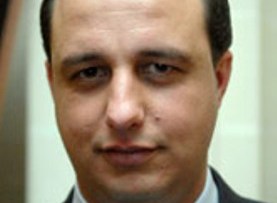 March 14 MP Riad Rahhal disputed the allegations of March 8 leaders who have been supportive of the Syrian regime against the protesters claiming that the security of Lebanon is linked to the security of Syria .

Rahhal told Free Lebanon radio on Friday : “We have to get rid of the predicament that the security of Syria is linked to Lebanon’s security.”

Syrian president Bashar al Assad is reportedly determined to crush the 8-week-old revolt, which is the gravest challenge to his family’s 40-year-old ruling dynasty. Assad inherited power from his father in 2000.

The demonstrations  have been demanding “freedom” in Syria.