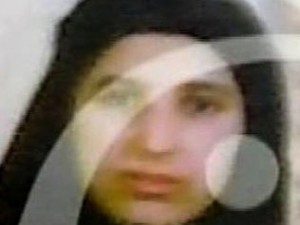 Three of Osama bin Laden’s widows have been interviewed by U.S. intelligence officers under the supervision of Pakistani’s intelligence service, according to sources in both governments.

Members of Pakistan’s Inter-Services Intelligence were in the room when the U.S. intelligence officers questioned the women this week, the officials said. The Americans had wanted to question the women separately to figure out inconsistencies in their stories.

All three officials said the interview didn’t yield much new information, while adding that it was early in the investigative process.

Both the senior Pakistani and senior U.S. officials said that — despite some well-publicized strains — there is an ongoing exchange of intelligence between the two countries.

The youngest of the three widows, 29-year-old Amal Ahmed Abdulfattah of Yemen, was shot in the leg early on May 2 by a small team of U.S. Navy SEALs. A U.S. official has identified the other two as Khairiah Sabar, also known as “Umm Hamza,” and Siham Sabar, or “Umm Khalid.”

They were three of the al Qaeda leader’s five wives, two of whom had separated from him. Together, they gave birth to at least 20 of his children, including 11 sons, one of whom was killed in this month’s U.S. raid.

While the U.S. forces flew off with bin Laden’s dead body, they left behind the three widows as well as several children — some of them fathered by the al Qaeda leader — at the housing compound in Abbottabad, Pakistan.

Ever since, U.S. officials pressed for the right to interrogate the women. To do so, though, they had to first work through Pakistani authorities.

Some Pakistani officials have voiced anger the U.S. military mission occurred within their country’s borders without Pakistan being warned. In Pakistan’s granting access to the widows, that sentiment and the desire not to be seen as bending too easily to American requests was countered with a desire to smooth over relations with the United States, where there have been suggestions that someone in Pakistan may have helped harbor bin Laden.

The Pakistani and U.S. intelligence officials both said Thursday that there is still no evidence that any active members of Pakistan’s military or intelligence establishment knew about or actively protected the al Qaeda leader.

On Tuesday, Pakistani Interior Minister Rehman Malik told CNN that the United States will be given access to bin Laden’s widows and children.

Malik’s remarks came a day after a senior Pakistani intelligence source said the United States could speak to the women and children only if their “country of origin has asked for permission.” Besides the Yemeni, the other two widows are from Saudi Arabia, according to a well-placed U.S. official who would not speak on the record.

Malik said Tuesday that Pakistan would give U.S. authorities access to the widows “so they can interrogate them, they can interview them.”

Interviews with bin Laden’s widows aren’t the only things that the United States is hoping to get from Pakistan, as it continues its investigation of al Qaeda.

White House spokesman Jay Carney said Tuesday that the Obama administration also wants “the materials that were collected by the Pakistanis after the U.S. commandos” left the compound in northern Pakistan, about 50 kilometers (30 miles) north of Islamabad.

Malik, in an interview with CNN, said allowing the widows to be interviewed should make clear to the United States that Pakistan has nothing to hide — and put to rest any suspicions that the world’s most-wanted terrorist might have had a support network inside the Pakistani government, military or intelligence services.

If Pakistan had “skeletons” to hide, “do you think we would allow access to the (widows) and the children of Osama?” he asked.

Malik called the decision “proof” that Pakistan is “very clear that we didn’t know” bin Laden was living in a compound in Abbottabad, a Pakistani city with a major military presence, rather than in mountainous areas which Pakistani and U.S. officials often said were believed to be bin Laden’s hiding place.

On Wednesday, Pakistan’s ambassador to the United States, Hussain Haqqani, declined to be specific when pressed on the topic with CNN’s Anderson Cooper.

He said only that he expected “the U.S. government will, within the next two to three days, be talking to you and others, and they will make it very clear to you what exactly is the state of play.”

The ambassador added that “arrangements are going to be worked out between both our sides.”

“Pakistani and the United States will continue to share intelligence,” Haqqani said.