US: Syrian actions in Deraa are ‘barbaric’ 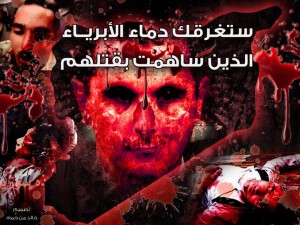 The U.S. State Department on Tuesday described as barbaric Syria’s reported use of tanks, arbitrary arrests and cuts in power and communications in the city of Deraa, where anti-government protests erupted six weeks ago.

Syrian President Bashar Assad, whose family has ruled the country for 41 years, is pursuing a violent crackdown to quash six weeks of protests that began with demands for greater freedoms but now seek his overthrow.

Last week Assad sent tanks and soldiers into the southern city of Deraa, where the uprising broke out on March 18. Syrian rights groups say more than 560 civilians have been killed by security forces since the start of the unrest.

“We are very disturbed about recent reports, credible reports, of a Syrian military operation in Deraa that includes the use of tanks,” State Department spokesman Mark Toner told reporters at his daily briefing.

The spokesman said the U.S. had also seen reports of Syria carrying out “a widespread campaign of arbitrary arrests that target young men in Deraa” and that the government had cut off electricity, communications and other public services.

“These are, quite frankly, barbaric measures and they amount to the collective punishment of innocent civilians,” Toner said, describing the humanitarian situation in Deraa as “quite grave.”

Photo: A poster of Syrian president Bashar al Assad released by Syrian Revolution Facebook group that reads: You will drown in the blood of the of the innocent people you contributed to their killing