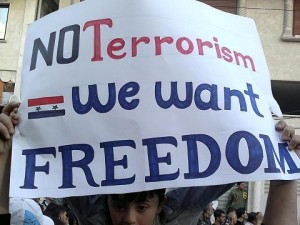 Rights activists say Mahmoud Issa was taken from his home in the central city of Homs late Tuesday by Syria’s political security services.

Replaced one restrictive law with another

U.S. State Department spokesman, Mark Toner, says Washington is concerned Syria may have replaced one restrictive law with another. He urged Damascus to put broader democratic reform in place.

Despite the new legislation, thousands of demonstrators gathered in cities and towns across the Syria Tuesday to protest the regime of President Bashar al-Assad. At least two people were killed during clashes in Homs where protesters held a sit-in in the city’s main square.

Syrian authorities have said their country is the target of a conspiracy. They blame the violence on armed gangs and infiltrators supplied with weapons from Lebanon and Iraq.

The Assad family has ruled Syria since 1970, when the current president’s father, Hafez al-Assad, became head of state. He died in 2000, leaving Bashar al-Assad to lead the country.