Islamic cleric Adnan Alarour called for Million people protests throughout Syria. He said if 200, 000 people were able to protest in Daraa, which is relatively a small city in southern Syria, the largest cities should be able to put together million people protests. He is referring to cities like Aleppo, Damascus, Hama, Homs, Latakia ,etc.

He urged people to protest peacefully and calmly and not carry any arms not even a knife. He also told protesters, “If you are shot at, you run away, but being shot at benefits us…If they the security forces come against you, do not confront them…When they leave, protest back in the streets. After this, God willing, there will be another movement to see whether the regime will be brought down or not.”

– Homs’ governor, Iyad Ghazal, was reportedly dismissed from his post.

– Unconfirmed report says that Syrian Vice President Farouk al-Sharaa has been killed by the Syrian regime.

– Buthaina Shaaban, Syrian President Bashar al-Assad’s political adviser said Saturday that Damascus is ready to discuss any demand as long as it serves the country’s interests.

– protesters climbed on the statue of late President Hafez al-Assad, which protesters pulled down on Friday in a scene that recalled the toppling of Saddam Hussein’s statue in Iraq in 2003 by U.S. troops.

– The UN High Commissioner for Human Rights warned Syria on Saturday that a violent crackdown on reformist protests risks plunging the country into a downward spiral of violence.

watch video on attacks on the protesters

– A doctor in Daraa Hospital says more than 150 people have been killed since the beginning of Syrian anti-regime protests.

– Armed security forces wearing civilian clothing are breaking into university dorms in the city of Latakia. Reports of gunfire in the area.(Youth Syria for Freedom)

-Government snipers shout at protesters in Salibeh neighborhood Latakia. Many were reportedly kilkled or wounded.

Massacre reported in Latakia see  the video from youth Syria for freedom.  5 people were reportedly killed

-Reuters- Syrian security forces fired tear gas to disperse hundreds of protesters staging a sit-in in one of the main squares of the southern town of Daraa, a witness in Deraa said. “Several hundred youths were trying to stage a sit-in… and they were dispersed by central security forces who fired tear gas on them,” the witness said. The protesters were calling for the downfall of President Bashar al-Assad’s rule.

At least seven were killed in Latakia ( Syrian Revolution 2011)

-Ammar Qurabi, an exile in Egypt who heads Syria’s National Organization for Human Rights, said the Ba’ath party ofice in the coastal city of Latakia was set on fire after being attacked by dozens of people.

The City of latakia appealed for support: ” The brave people of Syria… Muslims, Christians, Kurds , Arabs, Aalawites , Sunnis….please come to rescue the city of Latakia

We are all Syrians …one hand ..one heart .. united with the same aim. Syrian Revolution 2011

The Imam of the al Rahman Mosque in Latakia said more than 20 people have been killed in the city between yesterday and today and the only people who are shooting arer the government security forces . Syrian Revolution 2011

– Syrian Security forces are changing their clothes to disguise themselves as civilians with the aim of disrupting the anti government protest . Youth Syria for Freedom

Reuters-Syria has withdrawn the accreditation of a Reuters correspondent, saying he had filed “unprofessional and false” coverage of events in Syria.

– Reuters said it stood by its coverage from Syria, where a week of protests in southern towns have presented Syrian President Bashar al-Assad with the deepest crisis of his 11-year rule.

Reuters : Syrian President Bashar al-Assad faced the deepest crisis of his 11 years in power on Saturday with one city at the heart of anti-government protests planning to bury its dead after a security forces’ crackdown

Reuters: Syria is the target of a “project to sow sectarian strife”, Butheina Shaaban an adviser to President Bashar al-Assad said on Saturday.

Youth Syria For Freedom: All roads leading to Latakia have been blocked by Syrian security forces

Youth Syria For Freedom: protests spread to the towns of Zabadani, Madaya and Serghaya. many people were arrested 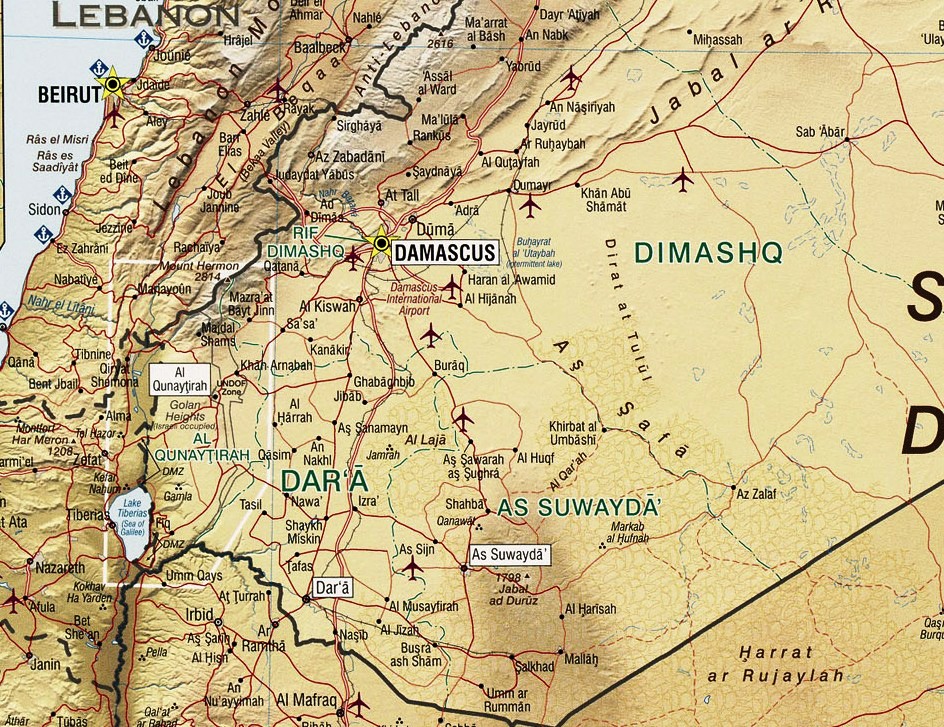