by yalibnan
2657
Much has been written about Syria and why it cannot be next in line of the modern day Grand Arab Revolution. Very few have asked the question: "Why not?"
Share: 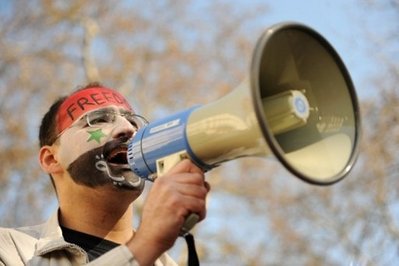 The revolution that was sparked in Tunisia has given birth to a new pan Arab-movement, a “neo-Arabism”, which privileges freedom and democratic participation of the people over ideology, sectarianism and the interest of dictators.

As we witness a rebirth of a revolutionary neo-Arabism that has infected millions from Morocco to Bahrain, we cannot ignore the birth-place of the original pan Arab movement of the past century – Syria.

Much has been written about Syria and why it cannot be next in line of the modern day Grand Arab Revolution. Very few have asked the question: “Why not?”

On March 15, the Syrian Day of Rage, as its Facebook group put it, hundreds were reported to have taken to the streets of Damascus, the capital.

On March 17th, “The Friday of Dignity”, the momentum picked up. Hundreds of Syrians protested in Homs, Aleppo, Dara’a and the coastal city of Banias. In Dara’a, a southwestern city on the Jordanian border, protests have turned deadly and the regime has sealed off the city in a hurried attempt to quell the spreading unrest. 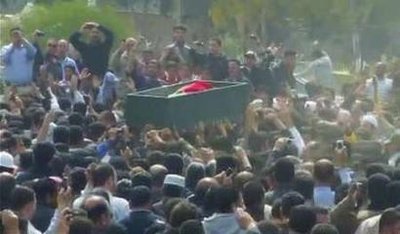 Compared to footage of thousands, and sometimes millions, of protesters on the streets of Tunis, Cairo, Manama, Sana’a and Tripoli, the numbers in Syria might seem low. It should be noted, however, that what has taken place in Syria over the past few days is simply unprecedented. The only mass public expressions that Damascus has seen in the past few decades have been demonstrations co-opted by pro-regime supporters.

For anyone, let alone thousands of Syrians to call out in the open for freedom and dignity is simply unheard of: It is understood by every Syrian to mean a challenge to a once set-in-stone status quo.

A forty year old red line has been crossed and there is no turning back.

Some have made the argument that Syria is immune to unrest because the country has a popular president, who is generally considered to be in-tune with the sentiments of the Arab street on foreign policy and who is a young idealist that has introduced a “reform” agenda. Some others claim that Syria will side-step revolution because the social and economic conditions in the country are more tolerable than those of Tunisia or Egypt.

While these explanations may have some merit, they assume a false frame. Tunisians, Egyptians, and now Libyans, have demonstrated to the Arab world, and Syrians in particular, that people cannot be placated with hand-me-downs per the discretion, or the timeline, of the regime. It is about proactively taking what is rightfully theirs – from holding their government accountable to having a real choice in who governs them in the first place.

Freedom, dignity and democracy can be trickle down from dictators, they are the inheritance of the people.

The revolutionary rumbles that can be heard in Syria today, indicate that revolution is not only possible, but is inevitable because Syrians have learned from neighboring uprisings that freedom is attained through exercising one’s inalienable human right to self-determination and self-dignity.

Like their Arab counterparts, Syrian youth have similar grievances: unemployment, lack of government accountability and rampant corruption that forecast a bleak future. Like other Arab revolutionaries, they are neither dominated by an Islamist ideology nor a foreign agenda. They are Syrians who comprise the rich diversity of Syria – whether Christian or Muslim, Druz or Alawi, Kurd or Assyrian. The recent protests in the country have shown that these young protesters are united in purpose, and peaceful in their means.

Syrians have embarked on an irreversible path of collective political self-awareness. The slogans of March 15th, “God, Freedom and Syria, period!” cannot be unuttered. They have challenged a culture of complacency, fear and silence.

No one will be able to tell with any degree of certainty what will happen in the next few days or weeks in Syria. Will the momentum continue to snowball and bring more Syrians to the streets? Will the regime make an example of Dara’a and show the populace the price one pays for dissent? Or will a critical mass of Syrians decide the time is now for Syria to join its free brethren in Egypt, and Tunisia?

One thing, however, is for certain: If Syria does not see a full-blown uprising soon, a culture of dissent has nonetheless commenced. The fear barrier has been broken irreversibly.

People are finally realising that they are entitled to what is fundamentally theirs, and like their Tunisian and Egyptian sisters and brothers, they will know what do with it. They will organise and come together and they will learn to build a revolution and a more prosperous Syria.

M. Yaser Tabbara is a Syrian American civil rights lawyer and activist. He is currently the president of Project Mobilise, a Chicago based political action organisation.