At least six people were killed Friday and hundreds of others wounded when the Syrian government reacted to the first major anti-government protests by having police open fire on the crowds.

Protests were reported in several cities across the country ( Banias, Homs, Damascus, Tartous), but the deaths appears to have been exclusively in the small southern town of Dar’a , near the Jordan border. The UN complained about the deaths in Syria, calling the violence unacceptable. 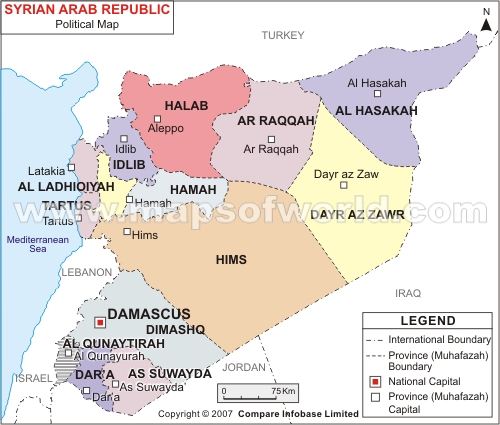 The Friday protests were much larger than the ones previously this week, which were said to number in the hundreds of demonstrators, though the exact turnout in the new protests was not clear.

The protesters’ demands in Syria appear to be much the same as those across the rest of the region, more political freedoms, less corruption, and genuine economic reforms that will tackle the high levels of unemployment.