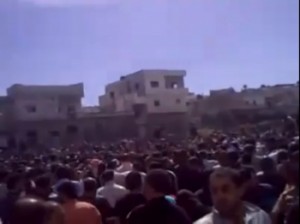 Plain-clothes Syrian police broke up a protest after Friday prayers at the main mosque in central Damascus, dragging away at least two activists, as videos purportedly of rallies in other cities began to surface online.

“There is no God but God,” a crowd inside the men’s section of the Omayyed Mosque started chanting in crescendo after Friday prayers at noon.

Dozens of security forces, who had gathered outside the mosque during the prayers, pulled out batons as soon as the chants broke out and detained at least two people, dragging away one who resisted while beating him and kicking him in the nose, AFP reporters witnessed.

At least 200 people immediately gathered in a square outside the mosque, chanting support for President Bashar al-Assad and waving Syrian flags. Some carried portraits of his late father and predecessor Hafez al-Assad.

Terrified families could be seen fleeing the square, with many children in tears. 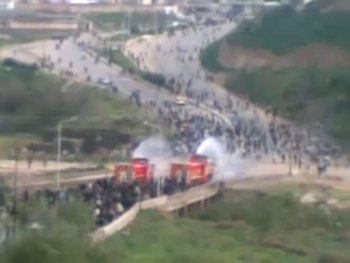 It was unclear what had sparked the chaos, but a video posted on Facebook group The Syrian Revolution 2011 — which called for demonstrations after Friday prayer during a “Day of Dignity” — showed a crowd of men inside the mosque chanting “there is no God but God,” while a few calls of “freedom” could be heard before being drowned out.

Another video showed one man being dragged out of the mosque by other men who had attended the prayer.

The Facebook group also posted a video of a rally outside a landmark mosque in Homs, a main city 150 kilometres (about 100 miles) north of Damascus, where dozens of protesters marched, chanting “God, Syria, freedom.” 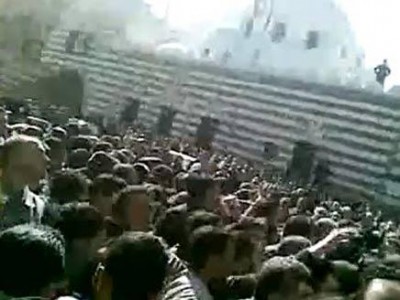 Another video showed hundreds of protesters, mainly men, chanting “Its protector, its thief” in a city the Facebook group identified as Daraa, some 100 kilometres south of the capital. AFP could not independently verify the authenticity of the videos.

Small impromptu protests have erupted for three days in a row in the Old City of Damascus, demanding political reforms in the Middle Eastern country.

On Thursday, Syrian authorities charged 32 activists with attacking the reputation of the state, a day after a rally outside the interior ministry, the Syrian Observatory for Human Rights said.

The protesters, including rights activist Suhair Atassi, were detained a day earlier at a Damascus rally organised by the relatives of political prisoners to petition for their release. 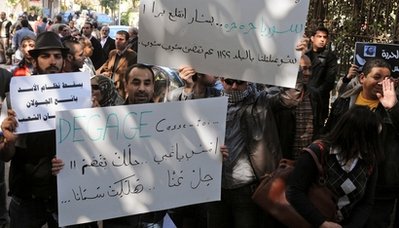 Human Rights Watch has called for the release of all detained demonstrators, and independently confirmed that 18 people had been taken into custody.

Participants in Wednesday’s rally said 34 activists had been detained by authorities in Syria, which is still under a 1963 emergency law that bans demonstrations. Ahram