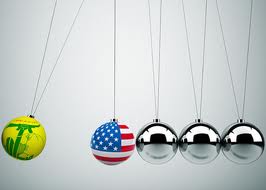 In an opinion article that appeared Friday in the Washington Post , columnist David Ignatius indicated that the Obama administration was considering dialogue with Hezbollah’s political wing in an effort similar to the one the U.K, implemented “during the 1990s with Sinn Fein, the legal political wing of the Irish Republican Army.

“That outreach led to breakthrough peace talks and settlement of a conflict that had been raging for more than a century,” Ignatius wrote.

“The Hezbollah issue is still being framed, in terms of policy debate. But the White House has focused on it in recent weeks because of a new National Intelligence Estimate (NIE) on Hezbollah that is nearing completion,” Ignatius wrote.

“Officials who have read draft versions of the estimate say it assesses Hezbollah in a broad context, as a political and social force in Lebanon in addition to the militia officially designated by the United States as a “foreign terrorist organization.” Like most NIEs, this one is said to contain a broad array of views, with some analysts stressing Hezbollah’s terrorist capabilities and others noting the organization’s growing political role, including its representation in the Lebanese cabinet.” Ignatius wrote.

“The political time bomb ticking away in the NIE is the question of whether the United States should seek some kind of direct or indirect engagement with Hezbollah — at least with its political wing. Officials who support this course argue that the organization is like the IRA or the PLO — with nonmilitary components that can be drawn into a dialogue. “Ignatius wrote. 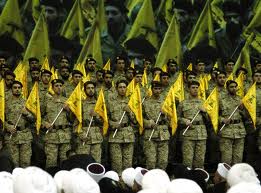 “Contrarian thinking about Hezbollah was voiced publicly by John Brennan, the White House counterterrorism adviser. In May 2010, he described it as “a very interesting organization” and said the United States should try to “build up the more moderate elements.” And at a conference in August 2009, he offered this summary: “Hezbollah started out as purely a terrorist organization back in the early ’80s and has evolved significantly over time” to have members in the Lebanese parliament and cabinet.” Ignatius wrote.

“The high-level discussion of Hezbollah illustrates the ferment in U.S. thinking about a Middle East that is being transformed by democratic uprisings. Officials caution that for now, the Hezbollah question is a matter for intelligence analysts, not policymakers. The White House recognizes that it has enough to deal with already without opening a new question that would produce shock waves in Israel, Saudi Arabia and other countries.” Ignatius wrote.

“The bottom line is that after a decade of American wars in the Middle East, the Obama administration is increasingly looking for ways to talk with adversaries and draw them into a process of dialogue. The world is changing, and perhaps so should U.S. policy.” Ignatius concluded