Sayyed to head the Lebanese university 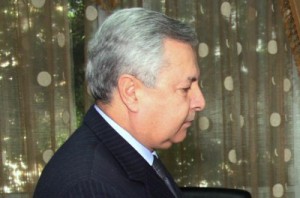 Hussein will instead be named as the head of the Lebanese university, the report says.

Hussein who represented Lebanese president Michel Suleiman in the outgoing government had the decisive vote in the collapse of the cabinet. Hezbollah and its allies had 10 votes in the outgoing cabinet and needed 11 to topple the government

Hezbollah brought down PM Saad Hariri’s government on January 12 over the Special Tribunal for Lebanon’s ( STL) indictment which is widely expected to implicate Hezbollah members in the assassination of former PM Rafik Hariri in 2005.