by yalibnan
643
Gibran Khalil (Kahlil) Gibran is still very much alive in the hearts and minds of many Indonesian families....was their eye-opener in raising children
Share: 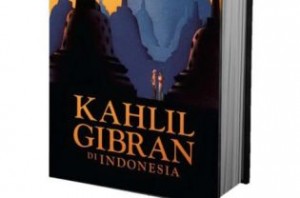 In 1978, a public service announcement that appeared in several print media outlets in Indonesia was ordered withdrawn by the government. The announcement was called “Renungan Bagi Orang Tua” (“A Reflection for Parents”), and featured the poem “Children” by Lebanese-American artist, writer and poet Kahlil Gibran.

In “Children,” Gibran reminded parents that “their children are not their children.” In his powerful work, Gibran wrote, “You may house their bodies but not their souls. For their souls dwell in the house of tomorrow, which you cannot visit, not even in your dreams.”

“In Indonesia, we are not raised to accept the hard fact that ‘our children are not ours,’ ” said Wisaksono Noeradi, an author and public relations consultant who helped popularize Gibran’s work in Indonesia.

“We have always felt that we have full authority over our children. Gibran was an eye-opener for most of us.”

The government, however, saw it from a different perspective.

Matari, the advertising company that published the public service announcement in 1978, was summoned by the Attorney General’s Office.

“This is a sad story of the clash between Gibran’s work and the New Order era values,” said Wisaksono, who translated “Children” into Indonesian and shared it with Ken T. Sudarto, the founder of Matari Advertising.

“Gibran’s ‘teachings’ may have been considered against the values and spirit of the nation.”

Writer and poet Eka Budianta referred to the era when Gibran’s works became popular in Indonesia as the “odd” era.

“Unlike today, freedom of speech was considered taboo back then,” he said.

It was a time when many works of literature were banned and any civil servant caught reading forbidden works, including those of renowned Indonesian writer Pramoedya Ananta Toer, could be sentenced to eight years in prison, he said.

Under the New Order regime, from 1966 to 1998, Indonesians were forced to accept ideas formulated by the government and promoted through law, religion, the arts and the media.

Even films were used as a tool to “educate” people in a way that strengthened the regime’s position.

Despite these forces, Gibran’s popularity grew during that era. He was one the world’s most respected poets and his work had a major influence on the development of Indonesian literature alongside renowned poets such as Rabindranath Tagore, Jalaludin Rumi and even Shakespeare.

To honor Gibran’s contribution to Indonesian literature, the Indonesian Heritage Trust has produced a book titled “Kahlil Gibran di Indonesia” (“Kahlil Gibran in Indonesia”), launched last week at the Jakarta residence of the ambassador of Lebanon.

The book features a collection of testimonials, opinions and poems from 22 contributors, as proof of the lasting popularity of Gibran’s work in Indonesia.

It was Gibran’s ideas about living peacefully in a multicultural state that has allowed Indonesian people to relate to his works, said Afdol Tharik Wastono, the head of Arab studies at the University of Indonesia.

The contributors in the book come from all walks of life and many do not have a background in literature. Niceforus Yosef, for example, works as a road and construction worker.

The 38-year-old has been reading Gibran’s work since he was in high school. Niceforus wrote an interpretation of Gibran’s poem “Mother,” which is based on a time in the poet’s life when his mother, Kamila, moved her four children from Lebanon to Boston, in the United States, in search of a better life.

Another contributor to the book, 21-year-old Niken Argaheni, wrote a short piece about how Gibran is a spiritual teacher and an impressive artist.

Niken, the youngest contributor for the book, is a midwifery student from Central Java.

With young readers like Niken still exploring his poems some 80 years after his death, it’s no surprise that Gibran has a growing following on the social networking site Facebook.

It also shows that the humanity and message of great works of art can transcend time and remain vital throughout the ages.

Gibran, it seems, is still very much alive in the hearts and minds of many Indonesians.