A New Year’s Reflection on Immigration

by yalibnan
745
By: James Zogby It was one hundred years ago that my father's oldest brother crossed a continent and an ocean to come to America.
Share: 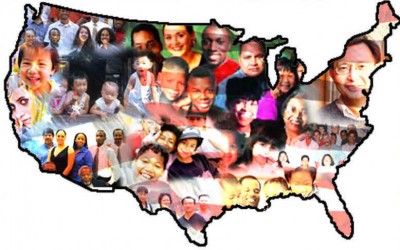 It was one hundred years ago that my father’s oldest brother crossed a continent and an ocean to come to America. Habib Rashid Zogby, fourteen at the time, made the long trip with his uncle, leaving his mother, father and six siblings in Lebanon. The intent was that Habib would establish himself in the New World preparing the way for the rest to join him.

Habib immediately set out to learn the ways of his new home. He established himself, found work as a peddler, and dutifully sent money back to Lebanon, as this was what was expected of the oldest son.

World War I disrupted the family’s plans. Forced to flee the oppression of the Ottomans, my father’s village evacuated to the relative safety of another part of Lebanon. There my grandfather became ill and died. Only after the war ended, were they able to return to their village, and it was not until 1922 that my grandmother, father and uncles and aunts were finally able to join Habib and take up residence in upstate New York.

Because of the time that had elapsed, and the anti-immigrant backlash that had been created by the intervening war, my father, Yousef, was unable to secure a visa and so in order to join his family he entered the U.S. illegally. He lived and worked for years in fear of deportation, until the 1930’s when he qualified for amnesty and was able to become a proud and productive American.

The brothers worked at odd jobs, pooled their earnings and opened a small business, which gave way to another and still another. A few decades later, the five brothers and two sisters were each doing quite well, with children in college, realizing the dream that had brought them to America in the first place.

I only knew my Uncle Habib as an older man, the patriarch of the clan, who passed away four decades ago. But I often think of him as that 14 year old boy, whom I did not know, but can only imagine. He was but fourteen, alone in a strange land, hearing tragic news from back home months after events had transpired — his family’s exodus from their village and the death of his father. I often wonder how he survived each shock and whether his hopes for the future ever dimmed — and how he found the strength to keep going.

I suppose that people of a certain age tend to mark the New Year by looking back, instead of forward to the next. Well I am of that age and make no apologies for it. And I guess that because this year marks a century since my Uncle Habib arrived here, I am especially drawn to reflection.

I confess, though, that I often think of the sweep of history that has brought me to this time and place. I live in wonder at how in just one generation, my family left their one room, earthen floor, stone home clinging to a hillside in the mountains of Lebanon and planted new roots, prospering in America.

What is so remarkable about this story is that it is so unremarkable. It is the same story that can be told by millions of Americans. And it is playing out today for millions more. I love to talk to taxi drivers, cleaners, waiters, or small store owners — all new immigrants — and I love to hear their stories. Whether they are from Ethiopia, Somalia, Mexico, El Salvador, Bosnia, Yemen or Pakistan, more often than not, they are selfless heroes, like my Uncle Habib, taking risks in a new land to pave the way for their families.

Because I know from whence I have come, I feel a responsibility to my family’s history — to the sacrifices they made allowing me to be where I am today. I know that I am the heir of their dreams and the beneficiary of their hard work. I also feel a responsibility to new immigrants whom I believe deserve the same opportunity that was provided to my father and his generation.

For this reason, I often become disturbed by the current state of our national debate over immigration and the harshness and selfishness of those espousing anti-immigrant rhetoric. In many instances those taking such a stance are themselves the descendants of immigrants who benefited from a welcoming America, and who now want to close the door behind them. I am bewildered by those who are spoiled by the services provided by immigrants, both documented and undocumented — whether it is cleaning up after us, harvesting our crops, building our buildings — and yet now want to severely limit their entry, deport or treat with contempt these hard-working selfless workers. And I am angered by the shameful and arrogant conceit of those like the two young 20-something — staffers for a conservative Congressman — who I witnessed at lunch two weeks ago. After treating their “old enough to be their father” waiter with disrespect, they launched into a tirade about how he was probably illegal and how it would be fun to report him. Warmed up, they posited that “these jobs ought to be filled by unemployed Americans” who “if we cut off their unemployment insurance will be hungry enough to get jobs like waiters and kitchen helpers.”

I am equally frustrated by those, on both the right and the left, who have callously reduced the matter of immigration to a “wedge issue” to be exploited for political gain. Immigration is far more than that. It is our American story. We should never forget that most of our families begin with a Habib or a Yousef. It is their stories that make us great. And there are more stories just like theirs that are being written by new immigrants every day. We owe our past and our future more than the current state of our debate. Let us hope that in the New Year we can find the wisdom to do justice to our legacy.

Dr. James J. Zogby is the author of Arab Voices: What They Are Saying to Us, and Why it Matters (Palgrave Macmillan, October 2010) and the founder and president of the Arab American Institute (AAI), a Washington, D.C.-based organization which serves as the political and policy research arm of the Arab American community.