Sfeir urges the Lebanese to sacrifice for Lebanon 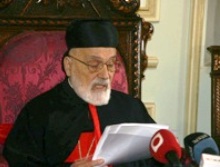 “The holidays, as every year, arrived amidst a division among Lebanese and the faithful cannot hide their concerns about their country . Sfeir said in the message.

“Nations can never prosper without the sacrifices of its citizens ,” he stressed.

“Loyalty to Lebanon must be sacred even if there are interests in foreign countries,” Sfeir added.

“God gave us a beautiful country … deep rooted in history … we should love it ..sacrifice for it and make it better .” He said 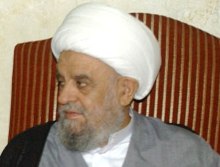 Vice President of the Higher Islamic Shiite Council Sheikh Abdul Amir Qabalan also delivered his Christmas message on Thursday and called on Muslims and Christians to walk in Jesus’ footsteps.

“Lovers of Christ — Muslims and Christians in Lebanon – should walk in his footsteps … and cooperate in righteousness and piety,” Qabalan said in his Christmas message.

He also called on those who love the Christ to “learn about justice from Jesus, ” in a possible reference to the Special tribunal for Lebanon ( STL).

Sfeir said in an interview on Monday with MTV that “the way Hezbollah is acting gives the impression that they might seize power” in Lebanon.