Israel concerned that French HOT missiles will go to Hezbollah 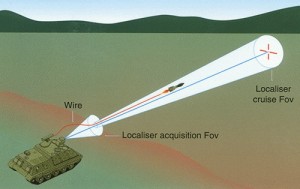 Israeli newspaper Jerusalem post has reported that Israel is concerned by the possible transfer of French anti-tank missiles to Lebanon.

This comes after Paris has informed Beirut it is prepared to sell 100 HOT missiles to the Lebanese Armed Forces (LAF).

“Prime Minister Saad Hariri was informed on Wednesday of the French decision to supply the army with 100 HOT missiles that will be used by the military’s Gazelle helicopters that Lebanon has received from the united Arab emirates ,” a Lebanese government official said on Friday

Israeli Defense officials said said on Saturday that Israel had lodged a complaint with the French earlier this year after learning of the intention to sell the advanced weapons to Lebanon.

Israel’s concern is that the missiles could fall into the hands of Hezbollah and be used against the IDF in a future war.

The United States had also provided the LAF with military aid over the past year, before freezing it in August after a Lebanese soldier shot and killed IDF reserve battalion commander Lt.-Col. Dov Harari along the border. The hold on the aid was lifted last month.

“We have good relations with the French and hope that in back channels this can be resolved,” one official said on Saturday.

In Paris, the office of Prime Minister Francois Fillon confirmed that a letter regarding France’s decision to sell the missiles had been sent to Lebanese Prime Minister Saad Hariri.

The French-made HOT antitank missile is one of the most advanced of its kind in the world, with a range of up to approximately 4 kilometers and the ability to penetrate around 1,000 mm. of armor. It can be installed on either vehicles or helicopters.

Israel’s argument is that Hezbollah is slowly taking over Lebanon and therefore weapons sold to the Lebanese army are liable to find their way into Hezbollah’s arsenal.

Israel gets from the United states $3-4 billion in economic and military aid each year even when it does things that the United States opposes, like building illegal settlements in the occupied Palestinian territories