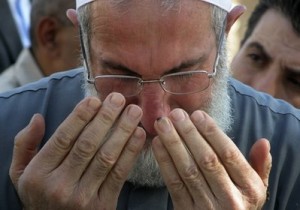 Lebanon was hit by a heavy winter storm on Saturday, postponing flights at its international airport and destroying several small training planes, an airport official said.

The violent wind, which reached 100 kilometers per hour, destroyed four small pilot training airplanes that were parked at Beirut’s Rafik Hariri International Airport runway, according to the official.

There were also delays in incoming and outgoing flights from Beirut airport.

The strong winds, which were accompanied by heavy rain, caused disruptions in the country’s telecommunications system and filled Beirut’s streets with rainwater, causing bumper-to-bumper traffic and stranding drivers in their vehicles.

The storm is expected to last until Monday, ending weeks of unseasonably warm and dry weather and bringing the first snowfall of winter.

Despite the heavy rain , Beirut residents took to the streets and engaged in impromptu dancing to celebrate the long-awaited deluge. One week earlier, preachers held public prayers for rain in the wake of the worrying dry spell, which has had a negative impact on the country’s water supplies.

Local reports said a total of 200 mm ( 8 in) of rain is expected to fall during the storm, after Lebanon experienced a nearly precipitation-free November. Waves on the coast are expected to reach 6 meters (19.7 Ft).

Local officials recommended that drivers at an altitude above 1,200 meters equip their cars with iron chains

Top Photo: A Lebanese Muslim man prays for rain outside a Mosque in the northern city of Tripoli, Lebanon, Friday, Dec. 3, 2010.

National News Agency (NNA) reported on Saturday that a woman died when heavy winds caused a tree to fall onto two cars on the Tripoli highway.