Israel’s ambassador to Washington, Michael Oren, warned Friday that Hezbollah has placed around 15,000 rockets along Lebanon’s border with Israel, including some that could hit southern Eilat.

“Hezbollah today now has four times as many rockets as it had during the 2006 Lebanon war. These rockets are longer-range. Every city in Israel is within range right now, including Eilat,” he said.

The Red Sea resort of Eilat is the most southern point in Israel.

He said the rockets also have bigger payloads and are “far more accurate” than those fired four years ago.

“In 2006, many of their missiles were basically out in the open, in silos and the Israeli air force was able to neutralize a great number of them,” Oren said. 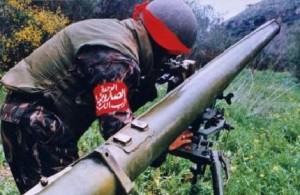 “Today those same missiles have been placed under hospitals, and homes and schools because Hezbollah knows full well if we try to defend ourselves against them, we will be branded once again as war criminals,” he added.

He said Israel is watching the situation with Hezbollah, a Shiite Muslim fundamentalist movement, “very vigilantly” because it is of great concern to the Jewish state.

“We know Hezbollah has in violation of UN resolutions once again penetrated southern Lebanon, transformed entire villages into armed camps and put in about 15,000 rockets along the Israeli border,” he said.

Israel has already said Hezbollah has a total arsenal of 40,000 rockets.

In the summer of 2006, Hezbollah fired more than 4,000 rockets at northern Israel during a conflict with the Jewish state, paralyzing the region for 34 days and forcing a million Israelis to hide in shelters or flee to cities in the south.

More than 1,200 Lebanese, mainly civilians, and 160 Israelis, mainly soldiers, were killed during the 2006 war.