by yalibnan
2265
While in Lebanon people take bank loans for plastic surgery, some Billionaires cut their own hair at home.
Share: 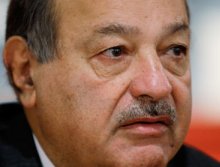 Carlos Slim Helu (Carlos Slim), a telecom tycoon and billionaire with well-known frugal tendencies, has a net worth of $60.6 billion according to Forbes. Assuming no changes in his net worth, he could spend $1,150 a minute for the next 100 years before he ran out of money. To put this in perspective, he could spend in 13 minutes what a US minimum-wage earner brings home after an entire year of the daily grind.

Granted, the world’s billionaires (all 1,011 of them) are in the debatably enviable position of having, quite literally, more money than they can possibly spend, yet some are still living well below their means, and save money in surprising places. Even non-billionaires (currently 6,864,605,142 of us) can partake in these seven spending tips from frugal billionaires.

Billionaires can afford to live in the most exclusive mansions imaginable – and many do, including Bill Gates’ sprawling 66,000 square foot, $147.5 million dollar mansion in Medina, Washington – yet frugal billionaires like Warren Buffet choose to keep it simple. Buffet still lives in the five-bedroom house in Omaha that he purchased in 1957 for $31,500. Likewise, Carlos Slim has lived in the same house for more than 40 years. (Want to learn more about the Oracle of Omaha?

2. Use Self-Powered or Public Transportation

Thrifty billionaires including John Caudwell, David Cheriton and Chuck Feeney prefer to walk, bike or use public transportation when getting around town. Certainly these wealthy individuals could afford to take a helicopter to their lunch meetings, or ride in chauffeur-driven Bentleys, but they choose to get a little exercise and take advantage of public transportation instead. Good for the bank account and great for the environment.

3. Buy Your Clothes off the Rack

While some people, regardless of their net value, place a huge emphasis on wearing designer clothes and shoes, some frugal billionaires decide it’s simply not worth the effort, or expense. You can find David Cheriton, the Stanford professor who matched Google founders Sergey Brin and Larry Page to the venture capitalists at Kleiner, Perkins, Caufield & Byers (resulting in a large reward of Google stock), wearing jeans and a t-shirt.

Ingvar Kamprad, the founder of the furniture company Ikea, avoids wearing suits, and John Caudwell, mobile phone mogul, buys his clothes off the rack instead of spending his wealth on designer clothes.

The average haircut costs about $45, but people can and do spend up to $800 per cut and style. Multiply that by 8.6 (to account for a cut every six weeks) and it adds up to $7,200 per year, not including tips. These billionaires can certainly afford the most stylish haircuts, buy many cannot be bothered by the time it takes or the high price tag for the posh salons. Billionaires like John Caudwell and David Cheriton opt for cutting their own hair at home.

While billionaires like Larry Ellison (co-founder and CEO of Oracle Corporation) enjoy spending millions on cars, boats and planes, others remain low key with their vehicles of choice. Jim Walton (of the Wal-Mart clan) drives a 15-year-old pickup truck. Azim Premji, an Indian business tycoon, reportedly drives a Toyota Corolla. And Ingvar Kamprad of Ikea drives a 10-year-old Volvo. The idea is to buy a dependable car, and drive it into the ground. No need for a different car each day of the week for these frugal billionaires.

It may surprise some of us, but the world’s wealthiest person, Carlos Slim (the one who could spend more than a thousand dollars a minute and not run out of money for one hundred years) does not own a yacht or a plane.

Many other billionaires have chosen to skip these luxury items. Warren Buffet also avoids these lavish material items, stating “Most toys are just a pain in the neck.”

What We Can Learn

Some of the world’s billionaires have frugal tendencies. Perhaps this thrifty nature even helped them make some of their money. Regardless, they have chosen to avoid some unnecessary spending (at least on their scale) and the 6,864,605,142 non-billionaires out there can follow suit, eliminating excessive, keep-up-with-the-Jones style spending. No matter what a person’s income bracket is, most can usually find a way to cut back on frivolous spending, just like a few frugal billionaires.