France will keep its promise of arming LAF, report 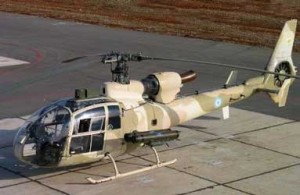 Asharq al-Awsat daily reported on Sunday that France intends to keep its promise of arming the Lebanese Armed Forces.

Citing official French sources, the newspapers said Paris considers arming the military, not from an Israeli or U.S. perspective, but from the need for maintaining civil peace and protecting Lebanese institutions as well as Lebanon’s sovereignty and independence.

“Lebanon needs a strong army and France promised to help provide weapons and intends to fulfill its promise … its commitment to Lebanon’s sovereignty, independence and stability,” one French source said.

Ashara al-Awsat also quoted well-informed French sources as saying that Paris has shown disapproval of the way Lebanese authorities deal with this key issue amidst lack of effective communication between the political and military leaders where top political leaders seem to be unfamiliar with the details.

French political sources, meanwhile, said Congress and the U.S. Senate’s demands that France back down on decision to supply Lebanon with 100 “hot” missiles (mounted on Gazelle helicopter gunships) comes in the context of Washington’s reaction following the Adeisseh border clash between Lebanese and Israel troops.

The sources believed that “the quantity of these missiles cannot change anything in the balance of power, which blatantly tips toward Israel.”

This comes after A U.S. lawmaker on Friday warned France not to sell anti-tank missiles to Lebanon, saying they could end up being used against Israel amid pro-Iranian influence in the Lebanese government.

On August 10, U.S. US Congressman Howard Berman, the Democratic chairman of the House Foreign Affairs Committee, announced he had placed on hold 100 million dollars in aid to Lebanon’s military.

Like Berman Ros-Lehtinen is of Jewish decent and a well known anti-Palestinian and a strong supporter of Israel .

The American Israel Public Affairs Committee (AIPAC ) had reportedly circulated a memo arguing that the Lebanese Army is cooperating with Hezbollah, and stating that unless this stops, “Washington must reevaluate its relationship with the Beirut government and the Lebanese Armed Forces–the recipient of significant American military aid.”

Similarly, The Jewish Institute for National Security Affairs (JINSA) had reportedly circulated a memo implicitly bashing the Obama Administration for providing military aid to Lebanon (something that the Bush Administration did as well). The memo also appeared to explicitly call for Israel to launch a new war in Lebanon and takes a shot at the Obama Administration in advance for being insufficiently supportive of such an action.

The US administration under president Barack Obama is aware of the danger of allowing the Zionists to dictate the US policies in Lebanon.

“We have an extensive military cooperation program with Lebanon because it’s in our interest to have that program,” he said. “It allows the government of Lebanon to expand its sovereignty. We believe that is in the interest of both of our countries and regional stability as a whole.”

Crowley said he was not aware of plans to reevaluate U.S. military cooperation with Lebanon.