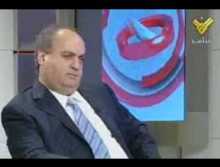 This comes after former minister Wiam Wahhab , a close ally of Syria and Hezbollah who has repeatedly warned the cabinet from collaborating with the Special Tribunal for Lebanon (STL), adding in a recent interview that people supporting sedition in Lebanon will be later “found in car trunks.”

Justice Minister Ibrahim Najjar said that he requested measures be taken to ensure that the statements voiced by public figures were not breaching any law, the correspondent said.

Adwan also suggested using part of the MPs’ salaries to financially support the Lebanese army, which was taken into account by Speaker Nabih Berri, the correspondent said.