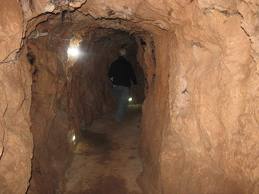 World Tribune newspaper has reported that the Israeli military has been preparing its troops for a tunnel war in Lebanon and the Gaza Strip.

The daily quoted officials as saying that the Israeli army has been training combat troops to detect and seize tunnels built by Hamas in Gaza and Hezbollah in Lebanon.

“We have assessed that Hamas and Hezbollah will make extensive use of tunnels in any future war,” an official told the daily

The Israeli military’s Ground Forces Command has reportedly approved the construction of at least seven urban warfare training centers by 2012, according to the World Tribune.

Two of the facilities were designed to contain tunnels for combat units to enhance combat skills against Hamas and Hezbollah, it said.

Israeli troops encountered Hezbollah tunnels in the 2006 war in Lebanon and Hamas tunnels in the 2009 war in the Gaza Strip. Officials said both militant groups were believed to have vastly expanded their network of tunnels and bunkers over the last year.

Concerns are reportedly mounting in the Israeli defense establishment that Hezbollah may be digging tunnels from Lebanon to Israel to attack a border community or IDF outpost, according to Israeli media

While the IDF has been reportedly worried that Hezbollah will try to kidnap soldiers – as it has done twice in the past – the latest fears surround the possibility that militants will cross into Israel through tunnels, enter a border community like Shlomi and barricade themselves inside a home with civilians.