Berri calls for winning the media, intelligence war against Israel 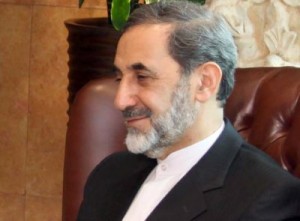 Earlier today during an Amal educational conference, Berri commented on recent arrest of Lebanese army officers on suspicion of spying for Israel by urging all Lebanese sides to cooperate to win the “media, psychological and intelligence war launched by Israel against Lebanon.”

“We call for cooperation so that Lebanon wins the war and stop the Israeli aggression and fight spying,” he said.

Hezbollah’s Al-Manar television reported on Wednesday that Karam, confessed that he has been spying for Israel since 2005 and that he has met several Israeli officials during his trips to the European Union.

According to the Lebanese daily An-Nahar, quoting an anonymous source, Hezbollah official Wafiq Safa was told of the three suspects’ involvement.

More than 70 people have been arrested on suspicion of spying for the Israeli Mossad since April 2009, when the government launched a nationwide crackdown on alleged rings.

The speaker also criticized the U.N. and the U.S. for claiming that the trees cut by Israelis were on their side of the border. “There are several areas that Israel considers part of its territories while we consider them inside” Lebanon.

“They want to create strife” in Lebanon because the Lebanese-Saudi-Syrian summit and the visit of the Qatari emir to the country frustrated the Israelis, he said.

“The resistance remains a national necessity and need as long there is Israeli occupation and threat,” the Amal movement leader who is closely allied with Hezbollah told the conference.

“Lebanon can only survive through the resistance and unity,” he said.