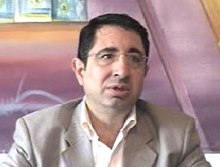 Agriculture Minister Hussein al-Hajj Hassan , a key member of Hezbollah told New TV on Wednesday that the Special Tribunal for Lebanon (STL) is a US pawn.

Hassan said that Hezbollah will reject the indictment by the tribunal of any of the party members in the 2005 assassination of Lebanon’s former Prime Minister Rafik Hariri.

Hassan said “Some Future Movement MPs’ statements sound as if they still suspect Syria is behind Hariri’s assassination,” and warned that some public figures are miscalculating if they are gambling on relations to worsen between Syria and Hezbollah.

His comments are part of a well organized campaign by Hezbollah and its allies against the STL following a report in the pro-Syrian newspaper, Al Safir which revealed that Hezbollah members will be indicted by STL in the 2005 assassination of Hariri.

In his speech on Thursday July 22, Hezbollah Secretary General Sayyed Hassan Nasrallah admitted that some of his party members would be named in the tribunal’s formal charges but stressed that he will reject the indictments . In an another on Friday July 16 speech he questioned the STL’s credibility, calling it an “Israeli project” designed to create sectarian strife in the country.

Lebanese Forces leader Samir Geagea said Monday following a meeting with Prime Minister Saad Hariri at the Grand Serail that those “warning about a strife are the ones preparing for it.” He stressed the need to maintain the civil peace.

The tension in the country is reminding the Lebanese of May 2008 , when Hezbollah occupied western Beirut and tried (but failed ) to occupy Mt Lebanon following the cabinet’s decision to outlaw Hezbollah’s private telcom network and the relocation of an airport officer who was closely associated with Hezbollah. The officer Brig. Gen. Wafiq Shoucair was accused of being behind the intelligence that led to the assassination of several Lebanese anti-Syrian leaders including former MP Gebran Tueni and Minister Pierre Gemayel.