Lebanese authorities have arrested a third telecom employee on suspicion of spying for Israel, a source close to the investigation said Friday.

“The arrest was made late last night and the suspect is a former employee of Lebanon’s telecommunications sector,” the source told AFP.

Al-Akhbar newspaper reported that the detainee, arrested on Thursday, was a former employee at Alfa, one of Lebanon’s two mobile telecommunications companies.

Al-Akhbar cited a well-informed source as saying that the suspect was a frequent traveler to Europe and Arab states.

The Lebanese security authorities arrested the second employee of Alfa Tarek al-Rabaa, on suspicion of spying for Israel last Monday but the information was revealed Thursday.

The authorities described Rabaa as a telecoms engineer and said he was “more dangerous” than Charbel Qazzi, another employee who was arrested last month and was referred to a military court this week. If convicted he could face the death penalty.

The arrest of Qazzi, last month sparked government outrage over the security of Lebanon’s telecom sector.

Lebanon and Israel remain technically at a state of war, and convicted spies face life in prison with hard labor or the death penalty if found guilty of contributing to Lebanese loss of life.

Hezbollah MP Hussein al-Moussawi said Thursday that Lebanese spies working for Israel should all be hanged .

Lebanon has arrested more than 70 people on suspicion of spying for Israel, including security officials, since it launched a national crackdown on spy rings in April 2009. 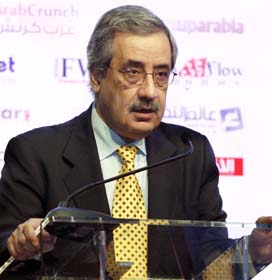 Telecoms Minister Charbel Nahhas said Thursday that the country may be facing the “most dangerous espionage act in Lebanon’s history”.

Nahhas said during a television interview that Rabaa was an “expert on the smallest details in Alfa.”

“If they were proven to be Israeli spies, then they would have formed a dangerous team and we may be facing the most dangerous espionage act in Lebanon’s history because telecom spies expose a vital sector to the Israeli enemy,” Nahhas said.

“I do hope that we are not penetrated as much as we are afraid we are,” he said, pointing to the “high possibility of a crack” in the telecom network.

He said the telecommunications ministry is setting up a “preliminary safety network to lock the doors that may have been leaking information.”