High speed Internet is a legal right in Finalnd 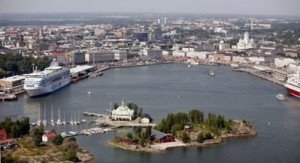 Every Finn will now have the right to access 1Mbps (megabit per second) broadband connection as the government has vowed to provide the service across the country by 2015, BBC reported.

According to the new law, from July 1 all telecommunications companies

will be obliged to provide all residents with broadband lines that can run at a minimum 1Mbps speed.

“We considered the role of the internet in Finns everyday life. Internet services are no longer just for entertainment,” Finland’s Communication

“Finland has worked hard to develop an information society and a couple of years ago we realised not everyone had access,” she said.

It is believed that up to 96 percent of the population are already online and that only about 4,000 homes still need connecting to comply with the law.

The British government has agreed to provide everyone with a minimum 2Mbps broadband connection by 2012 but it is a commitment rather than a legally binding ruling.

Making broadband a legal right could have implications for countries that plan tough action on illegal file-sharing.

Both Britain and France have said they may cut off or limit the internet connections of people who persistently download music or films for free.

However, the Finnish government has adopted a more gentle approach.

“We will have a policy where operators will send letters to illegal file-sharers but we are not planning on cutting off access,” said Linden.