US: Afghanistan has nearly $1 trillion in untapped mineral deposits 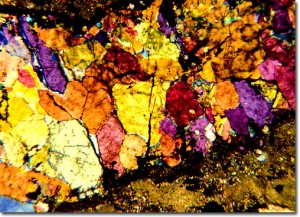 Afghanistan has nearly $1 trillion in untapped mineral deposits, according to a US study.

A report in the New York Times said previously unknown reserves of lithium, iron, gold, niobium, cobalt and other minerals could transform the impoverished country into one of the world’s most lucrative mining centers.

“There is stunning potential here,” General David Petraeus, commander of the United States Central Command, told the paper in an article published on Monday.

“There are a lot of ifs, of course, but I think potentially it is hugely significant.”

The New York Times was reporting the final results of a study by the US Geological Survey (USGS) and a Pentagon task force, initiated in 2006.

It quoted a Pentagon memo as saying Afghanistan could become the “Saudi Arabia of lithium,” a key raw material in the manufacture of batteries for laptops and mobile phones.

Afghanistan’s potential lithium deposits are as large of those of Bolivia, which currently has the world’s largest known reserves of the metal.

The iron and copper deposits are also large enough to make Afghanistan one of the world’s leading producers, US officials said.

Waheed Omar, Karzai’s spokesman, said at a news conference on Monday that the

“I think it’s very, very big news for the people of Afghanistan and that we hope will bring the Afghan people together for a cause that will benefit everyone,” he said.

During a visit last month to Washington, Afghan President Hamid Karzai said his nation’s untapped mineral deposits could be even higher than the new US figures – perhaps as much as $3 trillion.

Little of Afghanistan’s mineral riches has been exploited because the country has been mired in conflict for three decades.

Poor infrastructure is also an obstacle to a possible mining industry, with only one national highway connecting north to south and its ramshackle roads often targeted by Taliban bombs.

“I highly doubt it will be able to either properly manage these resources or use the riches to build a more peaceful and prosperous Afghanistan for all Afghans,” Janan Mosazai, a political analyst, told AFP.

“We have living examples of other countries where natural riches have actually turned into a curse for peace and prosperity for people,” he said, citing Nigeria’s endemic poverty and conflict despite vast oil exports.

China and India have bid for contracts to develop Afghan mines, with the Chinese winning a huge copper contract. An iron-ore contract is due to be awarded later this year.