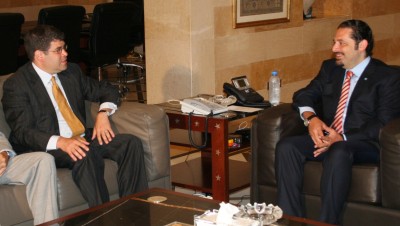 The office of Lebanon’s Prime Minister Saad Hariri issued a statement on Monday stating that the PM met with US Deputy Secretary of the Department of the Treasury Neil Wolin at the Grand Serail. Hariri’s advisers Mohammad Chatah and Mazen Hanna were also present during the meeting.

The two men discussed the latest economic and financial developments in Lebanon, expectations for 2010 as well as bilateral relations, the statement added.