The Gaza Fiasco: What Next?

by Ghassan Karam
377
By Ghassan Karam There is no need to get bogged down in some peripheral details meant to obfuscate this human tragedy that was committed by the IDF opposite the coast of Gaza. At times the specific details of an act are much
Share: 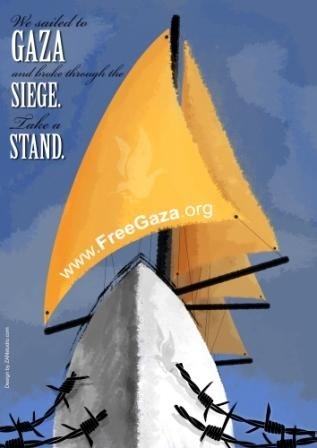 There is no need to get bogged down in some peripheral details meant to obfuscate this human tragedy that was committed by the IDF opposite the coast of Gaza.  At times the specific details of an act are muchless important than the major principle that is to govern human actions. In the words of the philosopher, Peter Singer, it is the oral obligation of every single one in the world to do whatever is possible in order to decrease the hurt and the pain to others when such action will keep us at least at the level of wellbeing of the party being helped. Simply stated, we have an obligation to help the worst off all over the globe as long as we are not to become worse off than the party being helped.. Give until it hurts is his very well thought out solution to need, misery and hunger. The fact that there are many other people in the world whose rights and human dignity is at least as much violated as the people of Gaza and yet the world chooses not to do anything about it is not an excuse to be silent about Gazans also.

Officially Israel pulled out of Gaza in 2005.  Shortly after that Hamas won the elections of the Palestinian Authority and were asked to form the PA cabinet. Internal disagreents with Fatah led to a quasi civil war after which the forces of Hamas occupied the Gaza strip while the PLO maintained control of the West Bank. Hamas proceeded to allow militants, to target and shell; by rockets; some southern Israeli towns. This behviour angered the Israeli colonizing forces who launched a massive attack on the poorly equipped Hamas forces during 2008. The savage attack on the Gaza strip leveled many quarters of Gaza and killed over a 1000 Palestinian civilians during a debilitating attack in which the IDF is accused of having used new and potentially illegal weapons.

As if the utter devastation of Gaza, the potential use of illegal weapons and the international condemnation of the Goldstone report were not enough the IDF determined to continue the sea blockade  to prevent ;not arms and war materiel which would have been understandable; the delivery of food and any humanitarian aid to the whole population held hostage by the IDF. Yes Israel, through its intransigent policies, has imprisoned 1.5 million people, many of whom are elderly, women and children. This abominable act is a clear violation of international law and the Universal Declaration of Human Rights and in particular section 24 which states “(1) Everyone has the right to a standard of living adequate for the health and well-being of himself and of his family, including food, clothing, housing and medical care and necessary social services”. Israel’s’ efforts to subdue a population by starving it is an ironic policy to be adopted by the children of the Holocaust survivors. Unfortunately their message to the rest of the world is clear: Holocaust is an ugly and deplorable act that is never to be forgotten when committed against the Jews but such genocidal measures are acceptable tools if used by the children of the Jews of that most abominable Nazi and Fascist policy.

So what is the lesson from this recent outrageous act of Israeli hubris. An act of piracy in international waters that was so badly planned and misexecuted that it has resulted in the unacceptable loss of 9 innocent lives by those who were trying to alleviate human suffering ? There are two possible responses. One response is to decry the barbaric Israeli action and to use this event as a rationale to sever relations with the Israeli regime. That would be a mistake. Such a reaction would only drive the parties more apart and will result in an increase of hurt on both sides. A better path would be to use this occasion to increase the pressure on the current Israeli government to approach the two state negotiations in good faith. This dark cloud could have a silver lining but only if the international community takes a unified strong plan to resolve once and for all the Palestinian Israeli question that neither the region nor the world can afford to leave unresolved.  If we show resolve , courage and creativity then this sorry chapter could become the beginning of a peaceful and comprehensive solution to what thus far has been an intractable problem.