Israel to Syria: No plans to attack Lebanon 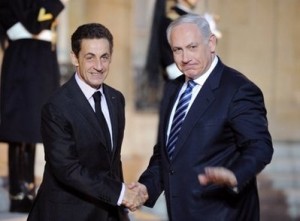 Following Israeli Prime Minister Benjamin Netanyahu’s visit to Paris, the French president coordinated the transfer of a message from Israel to Syria.

The message is that Israel does not intend to attack Syria or Lebanon and that Damascus should stop transferring weapons to Hezbollah and training its fighters in Syria.