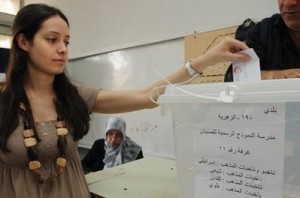 At a news conference held at the interior ministry an hour after polls closed at 7pm, Baroud said “zero” casualties were reported in the daylong election on Sunday.

Sunday was the last of four-phase municipal elections, with Prime Minister Saad Hariri’s list expected to win in Tripoli.

Nearly 767,000 people are eligible to vote in the north, for 238 town councils and 646 mayors, with another 112 councils in the region having already been elected to office based on family and clan affiliations.

Voting among Lebanon’s 3.33 million electorate began on May 2 in Mount Lebanon, May 9 in Beirut and the Bekaa Valley and on May 23 in south Lebanon and Nabatiyeh.

Thousands of Lebanese troops and policemen were deployed in the north to ensure the safety of the polls, in which a simple majority is needed for victory.