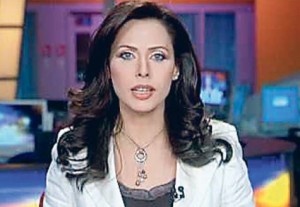 Five female anchors at Al Jazeera satellite channel have resigned over conflicts with management over “delicate issue”, including their looks and dresses.

Jumana Nammour (Lebanon), Luna Al Shibl (Syria), Lina Zahr Al Deen (Lebanon), Jullinar Mousa (Lebanon) and Nawfar Afli (Tunisia) were among a group of eight women working for the Doha-based pan-Arab channel who had filed a complaint to protest against “repeated offensive public remarks” by an official from Al Jazeera about “clothes and decency.”

Sources that the paper did not name said that Al Jazeera formed an investigation committee to look into the unprecedented mass resignations.

The panel, chaired by Khalid Abudullah Al Mulla, concluded that Al Jazeera had legal rights over the looks and appearances of its presenters and that the channel was entitled to “set conditions and criteria for its employees’ physical aspects in line with the spirit, values and images it wants to disseminate,” Al Hayat said.

The probe committee dismissed the harassment complaint levelled against Ayman Jaballah, the deputy editor-in-chief, saying that his attitudes and behaviour were within his prerogatives and that he did not make any remarks that could harm the presenters’ reputation. His observations were not personal and were purely professional and related to the general appearance of the presenters, the panel said.

A similar complaint about the behaviour of the head of the make-up section was also dismissed.

“Arguments with the head of the make-up section were the result of different professional approaches and linguistic and cultural differences,” the committee said. However, it called for the drafting of a guidebook stating the presenters’ looks and clothes and recommended the appointment of a clothing adviser to offer expertise.

The panel said that all remarks on the presenters’ looks and clothes should be given in writing to avoid embarrassment.

Al Jazeera, established in 1996 as a news channel modelled after the BBC, quickly became the most popular media in the Arab world, mainly thanks to its talk shows, live reporting and analyses. It has often incurred the anger of Arab countries and was singularly targeted by the Bush administration.