Mideast peace is a global issue

by yalibnan
1125
By Saad Hariri Previous reconciliation efforts fell on deaf ears, feeding the fanaticism that now plagues the world, says Saad Hariri. The time for arbitration may be at hand.
Share: 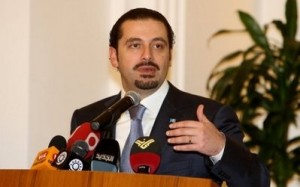 In the fall of 1991, I was an undergraduate student at Georgetown University, following the coverage of the Madrid peace conference. In the Spanish capital, the United States had managed to gather Arabs and Israelis around a table with the aim of ending what was then half a century of war and desperation, whose first victims were the people of the region, including the people of my country, Lebanon.

As I prepared to make my first official visit to Washington as prime minister of Lebanon, I couldn’t help but reflect on the price the entire word has paid since the Madrid conference failed to bring peace to the Middle East and justice to the Palestinians.

Back in 1991, al-Qaeda and its offshoots and emulators simply did not exist. But fanaticism and terrorism fed on the rage, frustration and tragedy that have replaced the failed peace. It has proved too easy to find desperate people who will do desperate things, and extremists have gained an ever-growing audience among Arabs and Muslims by asking one question: What have the moderates, the defenders of a negotiated settlement, ever achieved?

The sad answer is, nothing. Let no one be fooled: It is not that moderates – the overwhelming majority of Arabs and Muslims – have not tried. In 2002, representatives of the world’s 300 million Arabs signed a peace initiative at a summit in Beirut. It offered peace to Israel in exchange for a Palestinian state and Israel’s withdrawal to pre-1967 borders and the return of occupied Syrian and Lebanese land. This initiative was also adopted by the member states of the Organization of the Islamic Conference, which represents the world’s Muslims, 1.3 billion people.

But the Arab peace initiative fell on deaf ears. The result was more war, more violence and more death, fostering more rage, frustration and despair. And now I can almost hear the heinous criminal minds that orchestrated terrorist attacks in New York, London and Madrid telling us all, “If you liked the past 20 years, you’re going to love the next 20!”

Mideast peace is now a global problem. And global problems call for global solutions and global leadership. Today this leadership responsibility falls primarily on the United States. President Obama understands well that extremism feeds on injustice. He also recognizes that despair can be exploited to serve sinister agendas. We applaud his determination to restore credibility to the Middle East peace process.

This effort should not be allowed to fail. And that means the time may soon come – I believe we don’t have much time left – when it will be necessary to move from mediation to arbitration. Two possible forums for arbitration are the U.N. Security Council and the so-called quartet of Middle East peacemakers – the United States, Russia, the European Union and the United Nations. The United States is the foremost power in both. The key would be that the terms of the final status settlement be defined by an arbiter if the two sides fail to agree. Reaching a settlement in this manner may carry risks, but the cost of continued failure is much greater.

The parameters of a sustainable peace settlement between Palestinians and Israelis, as well as between Israel and the Arab and Muslim worlds, are well established. Successive governments in Israel have turned a blind eye to those parameters, with the mistaken belief that military superiority can bring security. It does not. It only gives birth to new forms of militant extremism, which threaten us all.

As prime minister of Lebanon, it is my duty to shield my country as regional tensions increase and threats become louder. Lebanon’s population may constitute only 1% of the Arab world, but our unique diversity of faiths and our traditional role as a beacon of hope, tolerance, democracy and coexistence in our region give Lebanon a special significance and an impact far wider than its borders.

In the end, it is my strong conviction that real security can come only if the main sources of tension and conflict in the region are removed. This is the message I have brought with me to Washington.

Saad Hariri is the prime minister of Lebanon. He met with President Obama on Monday. He wrote this for the Los Angeles Times.