Lebanese went to polls as Israel launched its defense drill 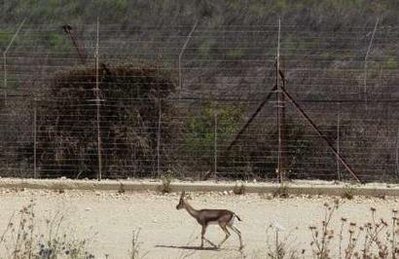 South Lebanon went to the polls on Sunday as Israel held a defense drill across the border.

The Municipal election in Lebanon took place despite the Israel launch of a five-day nationwide drill codenamed “Turning Point 4” that the military said aims to prepare the Israeli public for emergencies but is not linked to any specific threat.

May 24 th marks the end of the Israeli 22-year occupation of south Lebanon. Israel and Hezbollah fought a bloody war during the occupation. Israel continues to occupy , Shebaa farms, Kfar Shouba hills and the northern village of Ghajar.

Leaving Lebanon was supposed to bring an end to what many considered to be Israel’s Vietnam, a never ending guerrilla war with an escalating number of casualties.

But the manner in which the withdrawal was carried out severely weakened the perception of Israel’s military superiority.

“The image the withdrawal created, of Israel being forced to retreat under pressure, unable to hold out for an extended period of time, had almost immediate consequences,” according to former defense minister Moshe Arens .

“Whatever deterrent capability Israel possessed was lost to the winds and had to be restored at considerable cost.” Arens said.

“The pullout and the action following the pullout led to quite a significant deterioration in Israel’s deterrent status and contributed to the events since; the intifada and the 2006 war,” said Jonathan Spyer, senior researcher at the center for Global Research in International Affairs in Herzliya.

“Israel has paid quite a heavy price, ” he said.

Since the 2006 war , Hezbollah has regrouped and built up its arsenal of rockets to three times what it was on July 2006, Israeli intelligence officials say.

The upgraded capabilities could actually make war less likely in the near future, analysts believe.

“Everyone understands that the next round of violence will be much worse,” said Shlomo Brom, senior research associate at the Institute for National Security Studies. “No one has an appetite for that, ” he added.

Commenting on the Israeli drill , during a press conference following the closing of the polling stations , Lebanese interior minister Ziad Baroud said : “The voices of south Lebanon were higher than the sounds of the Israeli drill”.

Top picture: A deer walks along the Israel-Lebanon border near the northern town of Malkiyya May 23, 2010. Lebanese went to polls on Sunday as Israel launched its defense drill