by yalibnan
1169
Palestinians in Lebanon marked on Friday the 62nd anniversary of the Nakba, the "catastrophe" when about 750,000 Palestinian Arabs were expelled from their homes
Share: 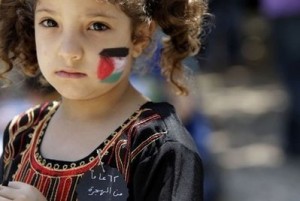 Palestinians in Lebanon marked on Friday the 62nd anniversary of the Nakba, the “catastrophe” of the birth of Israel that sent hundreds of thousands of refugees into exodus.

Some  Palestinian refugees gathered  at camps in both Beirut and southern Lebanon before making their way to Maroun al-Ras village near the Israeli border.

The demonstrators raised Palestinian flags and the green flag of Hamas:

“We will not give up on our right to return,” Ali Barakeh, Hamas’ representative in Lebanon, told the crowd in Maroun al-Ras.

“The 62nd commemoration is an incentive to continue our resistance,” he said.

“Negotiations and peace have not produced any results and clearly will not lead our people home.”

The 1948 Palestinian exodus, also known as Nakba, meaning the “disaster”, “catastrophe”, or “cataclysm”, occurred when between 650,000 and 750,000 Palestinian Arabs were expelled from their homes by Zionist gangs, during the creation of the state of Israel.

The term “Nakba” was first used in this way by Syrian historian Constantine Zureiq in his 1948 book, Ma’na al-Nakba (The Meaning of the Disaster).

Palestinian refugees are today estimated at some 4.7 million.

According to the U.N. Palestinian refugee agency, Lebanon is home to nearly 400,000 refugees, most of whom live in 12 impoverished refugee camps across the country.