by yalibnan
862
This report points to serious gaps in anti-corruption legislation in Egypt, Lebanon, Morocco and Palestine. and highlights the need to strengthen weak governance institutions.
Share: 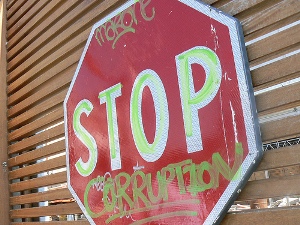 Accountability, transparency and the fight against corruption are high on the policy agendas across the Middle East and North Africa. To help benchmark progress and identify areas of concern, Transparency International (TI) conducted independent assessments of the National Integrity Systems – the pillars of society that shape how a country is governed – in Egypt, Lebanon, Morocco and Palestine.

These pillars include the judiciary, the executive, anti-corruption agencies, the public and private sector, as well as civil society. Where these institutions are weak, poor governance and corruption risks compromise development, economic growth and social cohesion.

All four countries lack strong public accountability systems and have uneven enforcement of existing anti-corruption laws. Nepotism, cronyism and patronage are common, and there is limited awareness or support among citizens to hold governments to account.

Where the four countries differ, is in how governance gaps are filled by civil society watchdogs and the media. In Lebanon and Palestine there is greater freedom of expression and association, while Egypt is more prone to curb the activities of independent organisations. In Morocco restrictions on civil society are few but there is little engagement with government.

In short, across the region there is much work to be done. This cross-country analysis is a key part of TI’s Promoting Transparency and Enhancing Integrity in the Arab Region project which aims to use in-depth assessments of corruption to identify priority areas and help civil society organisations to advocate for anti-corruption reforms.

The report shows that anti-corruption concepts are poorly understood by civil servants, the private sector and ordinary citizens in all four countries. This presents an enormous challenge, first to introduce and implement a strong anti-corruption legal framework and second, to break the belief that corruption in daily life is “business-as-usual”.

Across the region political interference limits the powers of independent entities, such as central auditing organisations, whose role is often compromised. Where public watchdogs do exist, they are assessed as weak, under-resourced and ineffective.

Access to information laws and whistleblower protection legislation is lacking in all four countries and none of the countries has an ombudsman with full powers to represent citizen complaints. This lack of access to information compromises transparency and meaningful public participation while hindering citizens’ ability to report and stop corrupt practices. This is particularly problematic for the media, as it restricts journalists’ ability to explore allegations of corruption without encountering legal obstacles, at the very least.

Laws in Egypt prohibit the use and publication of official documents; in Lebanon the Illicit Wealth Law contains loopholes which leave it open to abuse; in Morocco members of parliament are not obliged to publicly declare their assets, opening the door for conflicts of interest. In Palestine there is little publication of information regarding the government’s financial performance, making it difficult for citizens to hold their government to account. 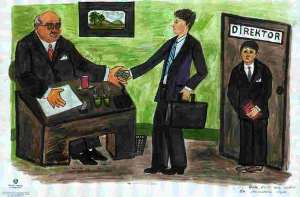 In all four countries, however, anti-corruption forces are beginning to produce some positive actions:

* In Lebanon, the Office of the Minister of State for Administrative Reform has drafted an access to information law and is proposing to introduce an ombudsman.

* In Morocco the government created a Central Instance for the Prevention of Corruption which, though limited in scope, has an advisory role towards public, private and non-governmental actors in policies to prevent corruption.

Though often sidelined and silenced, civil society is gradually gaining strength. In Egypt an increasing number of non-governmental organisations are working on governance and anti-corruption issues. In Lebanon, the TI chapter, the Lebanese Transparency Association, partnered with the government to introduce more transparency into the budget system. In Morocco, Transparency Maroc is actively monitoring the state budget process.

All countries covered in the report have signed anti-corruption regional and international treaties and conventions, including the United Nationals Convention against Corruption (UNCAC).

The report is promoting a series of cross-country recommendations, which include:

* States should strengthen the independence of oversight bodies and increase the participation of citizens in the governance process.

* States should respect the freedom of association and fundamental rights of citizens, non-governmental organisations and the media to engage in the country’s public affairs.

* The executive should allow for the strengthening of parliament and the judiciary to act as effective checks on its power.

* States should introduce whistleblower protection and access to information legislation.

* Governments and civil society should promote the implementation of UNCAC.