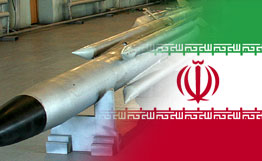 The main flaws were discovered in electronic warfare, communication between different forces. Various systems of the Iranian air force, the Revolutionary Guards navy, failed to communicate properly over the whole exercise as a result, many cases occurred in the exercise which Iranian forces fired on Iranian forces.

Also, practice defensive electronic warfare against the Iranians discovered how their systems are vulnerable.

These serious failures, have reportedly created great concern among the Iranian leadership. Sources also informed that probably in the next few weeks, Iran will hold another long-range missiles exercise in order to restore its deterrents, relying on their ballistic power. According to the Iranian military sources, Iran intends to experiment with the same types of missiles that were recently smuggled to Hezbollah. This exercise revealed that Iran can really rely only on its ballistic power, mainly in Lebanon.

Before it is news