Beirut trying to recapture its title ‘Paris of the Middle East’

by yalibnan
921
After more than 30 years of civil war, invasion and occupation, Beirut is prospering again, perhaps on track to recapture its title as the Paris of the Middle East.
Share: 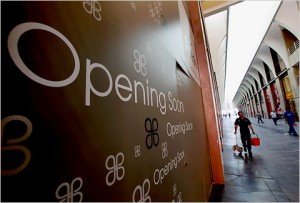 After more than 30 years of civil war, invasion and occupation, Beirut is prospering again, perhaps on track to recapture its title as the Paris of the Middle East.

To be a Paris requires great restaurants, of course, and so in the coming months there are plans for world-class chefs and restaurateurs to open in the elegantly rebuilt downtown area, which had been the most heavily damaged part of the city.

“We are bringing in world-renowned chefs to make Beirut the food capital of the Middle East,” said Joseph Asseily, the chairman of Beirut Hospitality, a division of Solidere, the Lebanese company responsible for the planning and rebuilding of the central downtown area.

Solidere has completed nearly two-thirds of close to 400 projects, and more than 100 of the projects involve dining. And with the infrastructure in place and much of the retail completed, Solidere is now concentrating on the restaurants.

A L’Atelier de Joël Robuchon will closely replicate the Paris original when it opens in 2012.

Yannick Alleno, the chef with three Michelin stars at the Meurice in Paris, is building a casual place he’s calling STAY (Simple Table of Yannick Alleno), with a communal table, a pastry library, where desserts will be baked in long strips and sold by measure, and a tea room. It should be open next year.

Mourad Mazouz, who owns Momo and Club Gascon in London, and several small places in Paris, hopes to be ready by early December with a place that he is tentatively calling Momo at the Souks, and where the food will be a mix of Moroccan and French, with some Lebanese meze.

Zuma, a Japanese restaurant in London, plans a satellite. And Sophie Mitchell, a London chocolatier, will open a boutique-cafe, Coco and Cassia.

Antoine Westermann, with Michelin stars in Alsace and restaurants in Paris and Washington, is to open Relais Foch this year. Davide Bisetto, also Michelin-starred and working in Corsica, will have an Italian restaurant.

Relais de l’Entrecote, the French steak chain, already has two locations in Beirut. The Parisian baker Eric Kayser has also set up shop in Beirut. And a world-class, high-end global supermarket with everything from Italian potatoes to the finest Spanish cured hams, and even American Angus beef, opened in April.

A few Lebanese restaurants have been included in the mix, with the possibility that Chez Safi, a popular seafood place just north of Beirut in a coastal suburb, will open in the marina.

A mozzarella bar, M Cafe, is also in the works for this year.

Jean-Georges Vongerichten and his partner, Phil Suarez, have been invited to join this bandwagon and are considering it. Mr. Suarez, who recently spent several days in Beirut, was astonished by the kind of development going on.

Alain Ducasse, another globetrotting restaurateur, is not interested. “Not for now, it’s too unstable,” Mr. Ducasse said. “It takes a lot of courage to do something there.”

“I get the feeling of joy in Beirut,” he said. “Right now it’s stable. A country going through a renaissance like Lebanon needs grand restaurants.”