Peres: Israel has proof that Syria transferred scuds to Hezbollah 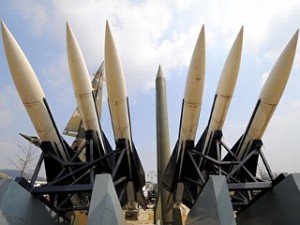 “Israel has clear proof that long-range, accurate Scud missiles have been transferred from Syria to Hezbollah, and there is no doubt about it,” Israeli media quoted Peres as telling his guest.

At the start of the meeting the President reportedly expressed his satisfaction that proximity talks will commence very shortly between Israel and the Palestinians: “proximity talks are clearly both necessary and within Israel’s interests – Israel wants an independent, successful, affluent Palestinian state.”

“It took a little longer than we hoped for and problems are not yet solved but at least the way to handle them is open,” Peres said

Peres added that “Israel is prepared to overcome the obstacles present in negotiations.” The gaps between the two sides are narrow and we are interested in an independent Palestinian state living side by side with Israel. Israel itself chose the two-state solution and thus we offer our hand in peace to all our neighbors.”

Al-Moallem said the world should not forget what he called “the U.S. campaign of slander” before the Iraq war, referring to the incorrect U.S. claims that Saddam Hussein had weapons of mass destruction